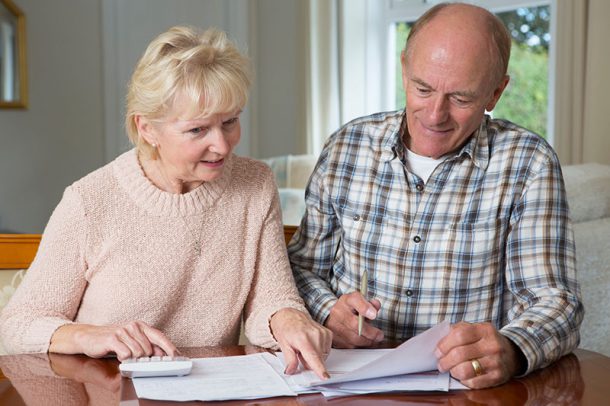 Estate plan reviews are important for many reasons. Changes in your life, or new changes in your state's laws, may trigger a need for an amendment or replacement to a document like a will, trust or power of attorney. A review should also include checking non-probate assets to make certain that these assets' beneficiary designation forms are up-to-date and still accurately constructed to achieve the goals of your plan.

A lot of times, estate planning “bad news” or “horror” stories involve some sort of dispute or disagreement between two opposing sides. For example, a few years ago, a case centering on the distribution of a life insurance policy went all the way to the U.S. Supreme Court. The account holder's widow went to court to demand that she receive her husband's $124,000 death benefit payout. The problem was, however, that she wasn't the named beneficiary on the policy's death beneficiary designation form; the man's ex-wife was. (He had filled out the form many years earlier, while still married to the previous woman, and had never updated the beneficiary designation.) Ultimately, the courts ruled in favor of the ex-wife and the widow got nothing.

Sometimes, even when everyone is in agreement, an out-of-date plan can still cause problems. For example, assume that a woman with three children re-marries. She and her second husband have no kids together. Everyone agrees that the woman's retirement account should be split equally (25% each) between the kids and the husband. When she dies, the widower asks the account holder to distribute funds equally between him and his stepchildren. The account holder refuses. Why? Because the husband's name was the only one on the beneficiary form. As a result, the entire amount gets distributed to the husband. Wanting to honor his dead wife's wishes, he withdraws 75% of the distribution he received and sends each of his three stepchildren an equal portion.

This latter case sounds like a “happy ending,” right? Yes and no. The wife's wishes were honored but, because the husband had to complete a withdrawal of the money needed pay his stepchildren their shares, he incurred a much larger tax liability than he would have if he hadn't been forced to use this multi-step system to get the money to his stepchildren.

In both cases, proper estate plan maintenance, including the maintenance of non-probate assets, could have avoided these pitfalls. In the first case, had the husband's estate plan undergone a review, and the husband diligently pursued updating his beneficiary form, his life insurance could have gone his wife, and not to his ex. In the second case, the family could have avoided a needlessly large tax bill if, while the wife was still alive, she updated her retirement account beneficiary form to distribute the death benefit payout to her three children and her husband as equal co-beneficiaries.

This is why thorough estate plan reviews are so important. An estate plan, like a vehicle, can only function at peak performance if it is properly maintained. Estate planning documents like wills, trusts and powers of attorney should be reviewed periodically to make sure that any new events (such as life changes or changes in the law) don't require an amendment or replacement. There's more, though. There's also reviewing your non-probate assets. Whether it is a life insurance policy, a retirement account or any other asset with a pay-on-death or transfer-on-death designation, these assets need periodic reviews as well, in order to make sure that the beneficiary designations attached to them still reflect your wishes.