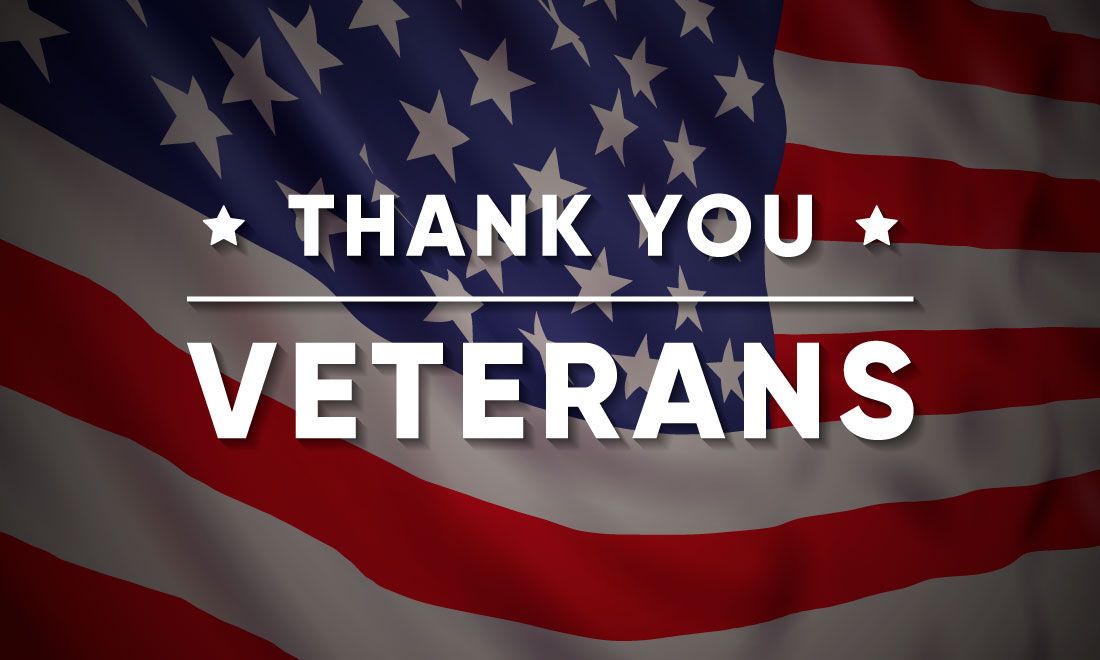 A century since the 1918 armistice, the battle to protect legacies continues

In the 100 years since the end of World War I, the American way of life has been transformed by significant technological, demographic and economic changes. Since that time, the average lifespan of Americans has steadily increased, and the nature and purpose of life and estate planning also has progressed. In terms of planning documents, a last will and testament alone had been considered adequate for most people a century ago, and that's no longer the case. Nonetheless, Americans still have a tendency to delay comprehensive estate planning and create the necessary legal documents that will help them deal with major life events and protect their legacies.

When John J. Scroggin's father died in 2001, Scroggin contacted Arlington National Cemetery on how to proceed so he could honor his dad's wish to be buried among his fellow American patriots.

But Scroggin ran into a problem. A paperwork problem.

"They told me I needed his DD 214 to bury him at the cemetery, Scroggin told The New York Times for a 2014 section about estate planning. "I had never heard of a DD 214, but they told me if I could not find it, they would put him in cold storage for six months while they found it."

Scroggin, a lawyer based in Atlanta, went scrambling for that elusive DD 214. In civilian speak, it's the documentation - a Certificate of Release or Discharge from Active Duty - that a veteran receives when leaving the military.

After what was described as a "frantic search," Scroggin was able to find the discharge document, which had been tucked away as a bookmark.

The episode serves as an example why it's important that families discuss, review and update life and estate plans. After all, an oversight that would undermine a proper burial at Arlington is an avoidable disservice to a veteran's legacy.

A grateful nation will celebrate Veterans Day on Nov. 11, 2018, and mark the 100th anniversary of the signing of the armistice that ended World War I. In the century since the guns went silent on the 11th hour on the 11th day of November 1918, we've progressed from the outhouse and the Model T to automated fixtures and an orbiting Tesla headed toward Mars. A hundred years ago, you were much more likely to work in farming or manufacturing than finance or marketing, but advances in technology, education, globalization and other areas have changed all that.

We've gone from a rural, agrarian economy of the past to one dominated by urban centers and office parks, and the changes over the past century involving most other aspects of life are nothing short of remarkable. 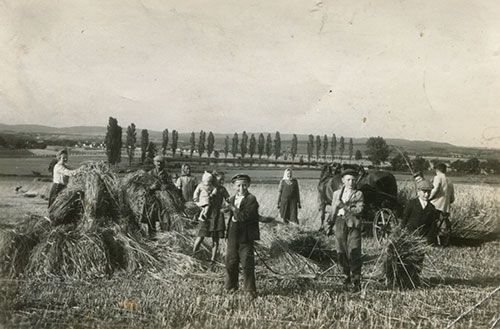 The fundamental components of life and estate planning also have evolved, and the enormous changes of the 20th century have altered the ways we plan our lives and legacies. Despite the numerous advancements and new priorities for Americans, they still have a tendency to put off estate planning. Studies show that about 60 percent of Americans have yet to even draft a will, and fewer still have created a comprehensive plan.

At the time the Great War ended in 1918 and the Doughboys returned home, a simple last will and testament was considered to be adequate. Powers of attorney existed but were not commonplace in life and estate planning. Trusts were thought of as instruments to be utilized by the wealthy few to avoid estate taxes.

Demographic change is another reason planning has grown in importance. People continue to live longer. By 1920, two years after the end of World War I and following the global flu pandemic, the average life expectancy in America was about 55. By 2018, the number had risen to 79 in the United States. Unlike 100 years ago, building a retirement nest egg and creating a financial legacy are now priorities, and a 2013 survey found that the average American left behind an inheritance of $177,000. The nature of the family also has evolved over time. With divorce rates at about 50 percent, blended families are the norm, and same-sex marriage became legal nationwide in 2015.

Nowadays, trusts have become an integral part of estate planning for the middle class and no longer are reserved for the rich. The growth of the popularity of trusts stems, in part, from the landmark book "How to Avoid Probate" published in 1965 by author Norman Dacey. Dacey's book, controversial at the time, brought wide public attention to the expense, delays and lack of privacy of the probate system, and raised the ire of bar associations. Dacey advocated the use of trusts as a key strategy to keep assets out of probate. Today, trusts are used to accomplish numerous planning goals, such as caring for a special-needs child, protecting assets from the claims of financial predators or providing for grandchildren after they turn a certain age. Because trusts avoid probate, they are not part of the public record and can keep financial details out of the limelight.

Other planning documents came into being as people realized that simply having a will, which only addresses how assets are distributed upon death, fails to address life events, such as who would handle your affairs should incapacity or a debilitating health condition strike. As a result, the use of advance health care directives, also known as living wills, to deal with questions of end-of-life treatment were created in the late 1960s. Living wills are prominent on the planning checklist, but only 30 percent of U.S. adults have completed one.

The Health Insurance Portability and Accountability Act, enacted in 1996, created rules that tightly control what medical and treatment information doctors and nurses can readily share with others. Back in the day, a HIPAA release was unheard of; today, it's another of your essential planning documents.

With the emergence of instantaneous mass communication, billions of people across the globe willingly disclose intimate details on social media platforms. It's a far cry from the rudimentary telephones and radio broadcasts of 1918. A 2018 Pew Research Center survey found that 69% of adults report they use social media. That number has increased by a factor of 14 since Pew's initial surveys were taken in 2005.

The popularity of social media, however, doesn't jibe with our preference for privacy. More than 90% of Americans surveyed by Pew in 2014 said they agree or strongly agree that "people have lost control over how personal information is collected and used by all kinds of entities. Some 80% of social media users said they were concerned about advertisers and businesses accessing the data they share on social media platforms."

If privacy is a concern of most Americans, then efforts to avoid probate also should be a top priority. All wills must be proven to be valid by a probate judge, and those who simply have a will should realize their end-of-life testament will be forever etched into the public record. As a result of probate, prying eyes from anywhere can have access to details contained in your will about your assets and which of your heirs got what.

Trusts, beneficiary designations and deeds are among the estate planning tools that can be used to keep assets out of probate and ensure the financial affairs of your estate and heirs remain private. Wills express your wishes upon death, appoint the executor of your estate and nominate guardians for minor children if necessary. But wills fail to address life events like incapacity and the threat of guardianship. As the 20th century progressed, powers of attorney for health care and finances became increasingly popular legal documents to help safeguard the interests of vulnerable individuals and limit their exposure to unscrupulous guardians and caretakers, disgruntled family members and others.

Those who die without a last will and testament face a similar fate regarding privacy - and they also forfeit control over distribution of their assets when their estates are administered in probate under state intestacy laws.

For many, probate has become an unpopular, time-consuming and expensive way to settle an estate. The option of intestacy, where the state determines your heirs and what they'll get, is an estate settlement method that folks who cherish control prefer to avoid.

A year after World War I ended, President Woodrow Wilson issued a message that resonates as much today as it did then. Americans, Wilson said, should be filled with "solemn pride in the heroism of those who died in the country's service, and with gratitude for victory, both because of the thing from which it has freed us and because of the opportunity it has given America to shows her sympathy with peace and justice in the councils of nations."

Today, there are about 20 million veterans alive in the United States, and their service spans from World War II to the present efforts in Afghanistan and elsewhere. Veterans Day also serves as a reminder to make sure our veterans have their life and estate planning documents in order. 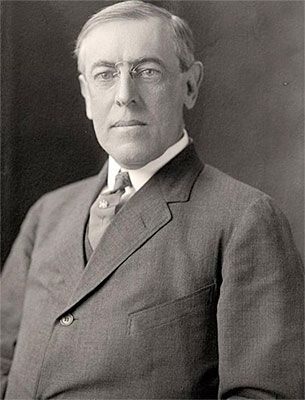 Numerous programs are available to veterans and their spouses and survivors that provide an array of benefits that, for example, can supplement low incomes, assist with long-term care expenses and pay for burial services and interment. Decisions need to be made on how, when and to whom those benefits are to be distributed as part of comprehensive lifetime and estate planning for veterans and their families.

Veterans should check with a legal affairs officer in their branch of service to determine which planning documents they still need and which ones require replacement, revision - or nothing at all. That includes a re-examination of wills and trusts, advance directives (living wills), powers of attorney for health care and finances, HIPAA releases and other documents. It's likely those documents were initially created with legal assistance from the military. But veterans often create or add to their families when coming home and have a new world of concerns that should be reflected in their revised legal papers. Additions to the family, deaths of loved ones, marriages, divorces, name changes and other developments require that plans be reviewed, updated and amended as necessary.