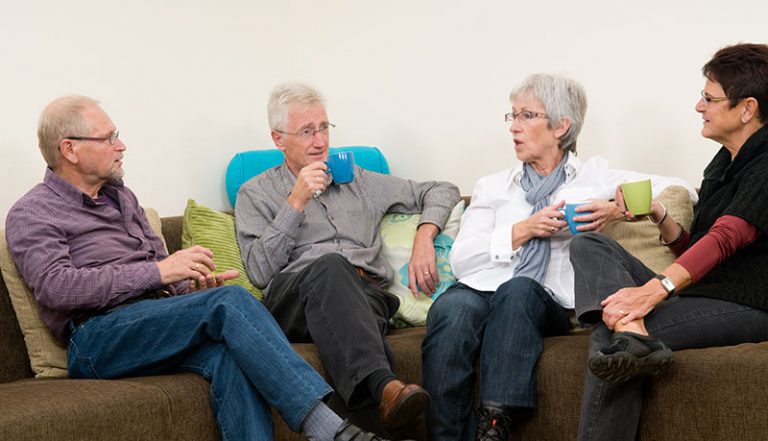 Good communication is an essential ingredient of successful estate planning

Experts broadly agree that almost everyone needs an estate plan. In addition to all of the legal documents and other paperwork needed to give life to the plan you've decided upon, there are other things that can help ensure that your planning is successful. By communicating clearly and definitively with your loved ones, you can potentially help to minimize the possibility of confusion, frustration, hurt feelings and discord, which can often play a role in fueling estate litigation that, in turn, may cost your family time and money and may also thwart the goals of your plan.

If you've done much research into estate planning, you probably know some of the components of a successful estate plan. Your plan will include a last will and testament and powers of attorney for finances and healthcare. Some states allow you to put your end-of-life planning preferences into your healthcare power of attorney while, in other states, your plan will include a separate living will/advance directive. Many plans also include one or more revocable trusts, which can help you realize the goal of avoiding probate.

These documents help you announce your planning objectives in a written form that is recognized by the law. Having a plan that it is enforceable by the power of law is only one side of the equation, though, when it comes to putting together a fully successful plan. Take, for example, the recent case of the estate of a suburban Detroit father. Alex and his wife, Dolores, had opened two banking accounts - one with a large bank and one with a local credit union. According to their son, Greg, the couple gave Greg an ATM card attached to the credit union account, and also gave him permission to deposit funds and withdraw money, both for the parents' use and for Greg's own use.

After Dolores died in late 1999, Alex added Greg as a joint account holder on the credit union account. According to Greg, Alex did this because one of his planning goals was for Greg to get all of the money that remained in the credit union account when Alex died. Specifically, Greg claimed that this was all part of Alex's larger plan: upon Alex's death, Greg would get the credit union funds, and his two brothers would split Alex's home. This type of estate planning - adding a loved one as a co-owner of a financial account - is not uncommon.

After Alex died, Greg's brother, Mike, who was the personal representative for the father's estate, sued Greg. According to Mike, Greg was only given access to the credit union account as a convenience to assist his ailing mother and his father, who was mostly blind following a war injury in Vietnam. Mike accused Greg of fraud and embezzlement, among a series of other transgressions. Ultimately, the courts sided with Greg, ruling that Mike did not have enough evidence to prove that Greg defrauded, unduly influenced or coerced his father into adding him as a co-owner of the credit union account. Absent proof of fraud, coercion or undue influence, Greg was a valid co-owner and free to do with those credit union funds as he wished.

What this case reflects is the value that you can derive from engaging in open and detailed communication with your loved ones about your plans. At the trial, Mike testified that his father told him that “the money gets split up evenly three ways” and that all three sons would “be well taken care of.” While this father's statement gave his son some insight into his goals (like leaving a sizable distribution to each child,) a more detailed communication might have been more helpful. Perhaps the father meant that he planned to provide for his sons by splitting up all of his wealth (as opposed to splitting up “the money”) among his children. Alternately, if the father did desire that all of his banking and credit union funds get split 1/3 each to the three sons, then clear communication might have helped remove uncertainty and helped everyone work toward making that happen.

In the end, many familial estate planning disputes arise after a parent gives one child one set of instructions while leaving one or more others in the dark. By engaging in clear and open communications with your children and other loved ones, you can potentially reduce this type of discord and possibly unnecessary (and costly) estate litigation.