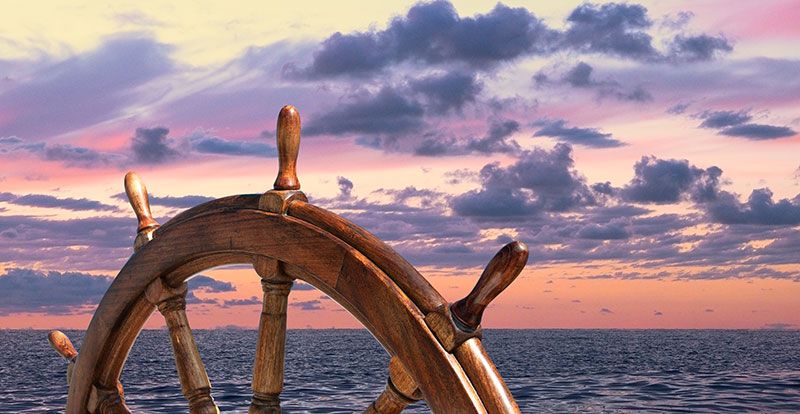 Making sure your estate plan doesn't become an 'Unmanned ship'

There are a lot of things that go into making certain your estate plan functions properly. One of those things is making sure that your plan has an ample number of people chosen by you named in the roles of successor trustees, alternate successor trustees, executors and alternate executors. By making sure you have a sufficient number of people named in your plan, and by getting regular plan “check-ups,” you can greatly reduce the risk that your plan becomes a ship with no captain and, as a result, forcing your loved ones to go to the courts to have a judge decide who should manage your trust or estate.

When one decides to create an estate plan, one thing many people desire is control… control over their wealth both during their lives and afterward. One aspect to ensuring that control is making certain that you have the people you want directing your wealth after you and dead or otherwise are incapacitated. One way you can lose that control is if you do not name enough people to manage your living trust or your probate estate. If all of your named people predecease you or otherwise cannot serve, you could be left with a plan that is an umanned ship with no one to steer it.

One real-life case where this happened occurred in Indiana. The plan in that case was that of a southern Indiana couple, Roy and Margerie Yount. The Younts created a revocable living trust where Margerie was the sole initial trustee. After Roy died, Margerie had an amendment and restatement of the living trust prepared that made the Younts' granddaughter, Jill Yount, the trust's trustee. Some time later, a dispute arose between grandmother and granddaughter, the relationship deteriorated and Margerie decided she no longer wanted Jill to be trustee. Margerie hired a local law firm to represent her in her legal action seeking to force Jill from the position of trustee. Eventually, Jill agreed to step aside and the trial court in the case issued an order declaring Jill removed.

The trust did not name an alternate trustee in the event that Jill died, could not serve, resigned or was removed. The relevant individuals never agreed on an acceptable new trustee and nobody asked the court to appoint one, either. When Margerie died two years later, the trust still had no trustee. Jill eventually sued her grandmother's lawyers, accusing them of malpractice by failing to ensure that a viable replacement trustee was found. The lawyers won that case, though, because they were able to convince the courts that Margerie hired them for the sole and narrow purpose of pursuing the litigation needed to force out Jill as trustee, not to represent Marjerie in her estate planning in general.

So why this such a big deal that the granddaughter sued the lawyers? When a trust has no trustee, it has no one authorized to take any action on behalf of the trust. No one has the required legal power to do anything, including distributing the trust's assets upon the death(s) of the trust's creator(s). This can occur if all of your successor and alternate successor trustees either cannot or will not serve. Most commonly, this happens because the trust creators' named too few successor trustees and those successor trustees die before the trust creator does. It can also happen, as in the Younts' case, if there is only one trustee and that person is removed by a court. Each state has its own laws about how to deal with these situations, but in most places, the only way to resolve this problem is to go to court and ask a judge to name a new trustee. This can potentially be both expensive and time-consuming.

There are a couple of important steps you can take to minimize your risk of your plan having this type of problem. The first is to ensure that your trust names not only a successor trustee, but also multiple alternate successor trustees. That way, even if something unexpected happens to your first choice, you will still be in control of who takes over managing your trust. The second is to ensure that you get regular estate plan reviews. A review will give you the opportunity to look over your plan and, among other things, identify people to whom you've assigned certain responsibilities (such as successor trustees) who have died or become incapacitated. Once you've identified these life changes, you can pursue the necessary plan amendments to make certain your plan remains in ideal condition.

While this Indiana case involved the trusteeship of a living trust, the steps mentioned above also apply to your will as well, where it is important to make sure you have an ample number of alternate choices for serving as the executor of your estate, and to give your will a regular checkup to ensure that everyone you've named is still able to serve.