Protect your personal assets and your business with an LLC

When lawyers think about insulating their clients from harm, they think in terms of layers of protection because there is no single magic bullet. A limited liability company (LLC) can be a useful and important layer of protection.

One of the ads you will sometimes hear on the radio is for setting up a corporation in another state. “Protect your assets!” the announcer will proclaim. “Hide your money! Don't let your creditors get it!” For a while, the hot state was Nevada. Then the ads moved on to Wyoming and even one of the Dakotas. At times, setting up a corporation for protecting your assets almost seems fashionable.

To be clear, there is nothing wrong with setting up an out-of-state corporation to try to protect your assets if that's what you want to do. And it is true that corporations are considered distinct legal entities from their shareholders. Accordingly, there is some individual legal protection for you if your corporation gets sued. But many of the claimed benefits of corporations are overblown, plus there is a much easier way to obtain the same benefits: Establish a limited liability company (LLC), not a corporation. And you can do that where you live, not where the radio says.

Corporations have been around for a long time. They date back to the 17th century when their predecessors became companies “chartered” by the Dutch and English governments (think “Hudson's Bay Company”). Today's corporations are still chartered, in a sense, by registering them with the individual states in which they are organized.

Although corporations can protect your assets, they are cumbersome. Since the days of the chartered companies, more and more laws affecting corporations have come into effect. Some of the laws are statutes. Many others have developed through the common law as built up in individual lawsuits.

A corporation has bylaws, resolutions, shareholders, directors, minutes for meetings, perhaps officers, agreements among shareholders, complex tax issues and on and on. There is a fair amount of ongoing paperwork involved with corporations.

In 1977 - which in lawyer time might as well be last month - Wyoming became the first state to pass legislation authorizing LLCs. Enactment in other states was slow because no one knew whether the IRS would tax an LLC like it does a corporation or like a partnership instead. The IRS announced in 1988 that it would tax LLCs as though they were partnerships. LLCs then took off. Each state now allows some form of LLC. 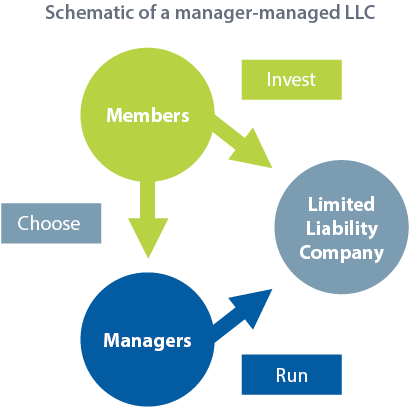 An LLC does not have shareholders. The owners of an LLC are called members. They make an agreement among themselves setting out how their company will run. Usually, the agreement is called an operating agreement although sometimes it is called a company agreement. If the members want, they can run the company themselves according to the operating agreement. If not, they can appoint executives (“managers”) to run the company for them.

That's it. The LLC protects the members from individual liability just like a corporation does. Whatever profits the LLC makes - or losses it incurs - are reported on the members' individual tax returns. For these reasons, LLCs are popular vehicles to protect your assets when starting or owning a small business. Let's run through an example.

Meet Zoe. Zoe has been working in the produce section at the grocery store for a long time. She knows pretty much everything there is to know about produce. She decides to go out on her own. She rents some space in a building next to a bunch of apartments. All those apartment dwellers, she's thinking, will need to shop somewhere. Why not at Produce by Zoe?

One day, a customer comes in to buy some fruit but slips on the wet concrete floor and breaks his arm. It's very painful. The customer also incurs medical bills, and he misses some work. The customer sues Zoe to try to recover his damages. If the customer wins a judgment against Zoe, the customer can try to collect it by means such as garnishment of Zoe's bank account or even seizure of some of Zoe's other property.

Let's suppose instead that Zoe had organized her business as a single-person LLC. When the customer had his accident, his recourse would be to sue the LLC, not Zoe. Zoe is not liable to the customer just because she owns the LLC although she could be liable under another rule of law. In any event, when the customer obtains his judgment, the customer can try to collect it solely against the LLC, not against Zoe. The LLC doesn't own much of anything, maybe some produce racks and refrigerators, and it has a little money in the bank. Zoe loses those things, but she is not individually liable to pay the judgment, and the customer may not attempt to seize any of Zoe's other property.

Suppose that Zoe had decided to open her produce shop with a partner, her friend Jerry. They would be partners in the business. But a general partnership, which is what that would be, is the worst possible business entity. Not only is each partner individually liable to hurt customers, for example, but they are each liable for business-related things the other partner did - even if they did not know about them. Maybe Zoe had nothing to do with how the customer got hurt. Jerry decided to move the fruit watering nozzles which created a puddle that hadn't been there before. Zoe is just as liable to the customer as Jerry is for the slip and fall if they are partners. 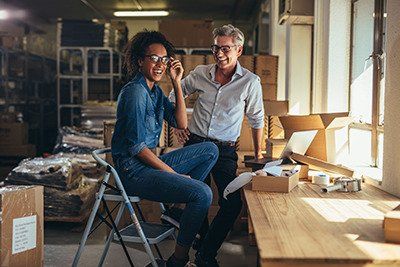 If Zoe and Jerry had organized the produce business as a two-member LLC, then only the LLC would be liable to the customer for the slip and fall. Neither Zoe nor Jerry would be individually liable. The customer could not try to take their property to satisfy the judgment.

Not only does an LLC help to protect your assets, but there can be federal income tax benefits to an LLC as well. LLCs are taxed as though they are partnerships. What this means is that the LLC itself pays no federal income tax. Instead, whatever it makes or loses is “passed through” to the owners of the LLC. Income is reported on the owners' returns and taxed at their individual rates.

In contrast, corporations are themselves taxed plus shareholders pay taxes on dividends. Thus, there is double taxation. There is an opt-out by which a corporation may elect to be taxed under Subchapter S of the Internal Revenue Code. This subchapter allows a corporation to become an “S” corporation in which profits are passed through to shareholders much like an LLC's profits pass through to its owners. But there's more paperwork involved with an S corporation than for an LLC.

For many years, the tax rates for corporations were progressive. They still are for individuals. But in 2017, Congress passed massive changes to the Internal Revenue Code. These changes included setting the corporate tax rate at a flat 21%. In 2020, an individual's tax rate increases from 12% to 22% when the individual makes at least $40,125 or a couple jointly makes at least $80,250 per year. Thus, if Zoe didn't expect to make much money for a while when she started Produce by Zoe, it could be to her advantage to organize as an LLC rather than as a corporation and pay taxes based on her individual tax rate. Otherwise, the corporation would be paying taxes at the 21% rate plus Zoe would pay taxes on any dividends at her individual rate.

These examples are simple; the real world is more complex. To minimize the financial consequences when a customer is hurt at Produce by Zoe, Zoe could buy insurance. Her lease probably requires it anyway. And in a small business, if a person is dead set on being a corporation instead of an LLC, the owner could ameliorate the impact of double taxation by emptying the corporate bank account on Dec. 31. Nevertheless, the small business owner who organized as an LLC will sleep better knowing that the LLC helps to protect your assets.