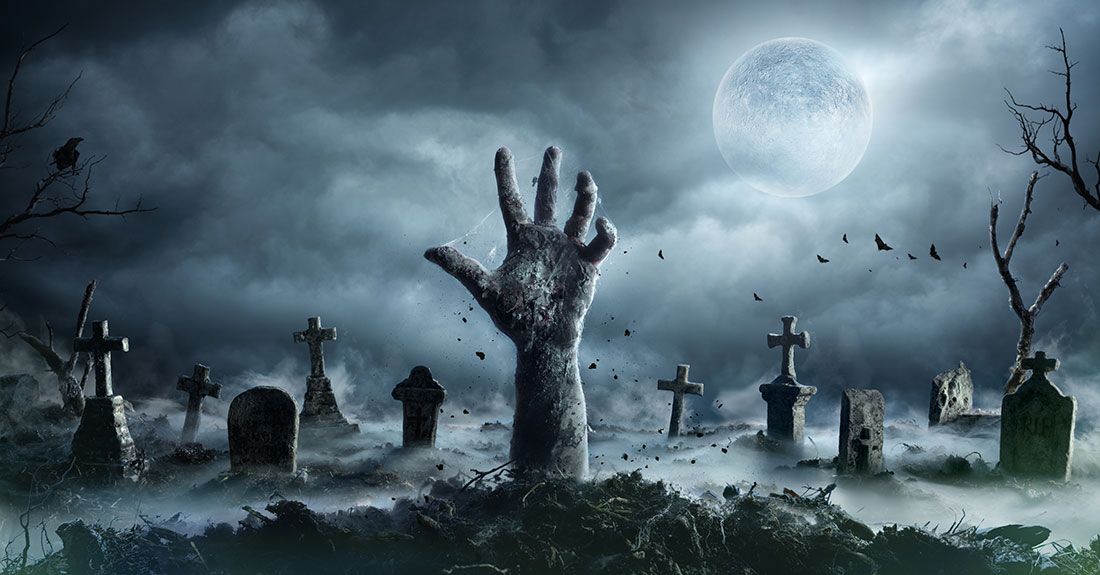 Beware: The dead can wield control from the grave as life goes on

The use of incentive trusts as an estate planning device is an option for people who want to impose conditions that heirs must meet to be eligible to receive inheritances. By utilizing incentive trusts, benefactors can exert “dead hand control” over the distribution of their assets long after they are gone. Some famous examples show how the tactic can be misguided and fail to live up to the grave concerns of the departed.

As we approach Halloween, you can't deny that the dead speak to the living in the form of ghosts and other apparitions - real or imagined. Many of the living dread the annual return of these spooky ghouls, but we should also fear the lifeless souls that continue to impact our earthly existence.

It also may be frightening to know that there are ways for the unliving to be heard loudly, clearly and even coldly, without the aid of a well-worn ouija board, spirited séance or cooperative poltergeist.

One method of control from the great beyond can be found in the tricks and treats of estate planning - the so-called incentive trust. The use of incentive trusts became fashionable, according to experts, in the early 1990s. Now as popular as candy corn and peanut butter cups, they are a way for the departed to continue to control the lives of the living. Simply put, beneficiaries only get an inheritance by following the orders of their deceased relatives.

“Bribe is a dead-on synonym for this modern version of the Golden Rule: He who has the gold makes the rules,” says a 1995 New York Times report recounting that decade's rise of the incentive trust, especially among the wealthy, and the “dead hand control” it affords the departed.

“Some benefactors use them as a form of cloning, rewarding heirs who go to the same schools, study the same subjects or enter the same profession as they did - and cutting out those who won't march in step,” the report says. “Others use them to impose values. They try to make the dissolute thrifty by matching their savings, teach the selfish generosity by underwriting philanthropy and transform playboys into homebodies by tying their inheritance to marriage.”

The idea that too much money can be a corrupting influence is hardly new. Consider the 1891 essay, “The Advantages of Poverty,” by steel industry magnate Andrew Carnegie. The Gilded Age tycoon, who left his family a fraction of his enormous wealth and gave the rest to charity, writes that “the parent who leaves his son enormous wealth generally deadens the talents and energies of the son and tempts him to lead a less useful and less worthy life than he otherwise would.” 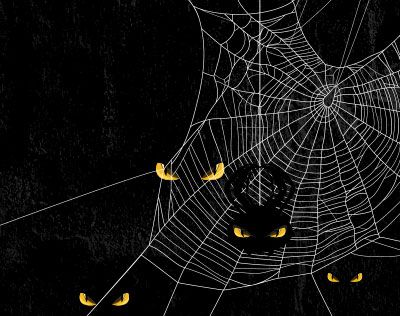 During life, individuals make choices about what and how much they want to leave behind for the benefit of family members, loved ones, charities, good causes and other purposes. One purpose that comes to mind this Halloween season is to enable those in the great beyond to maintain a grip on their assets from the grave.

Many factors motivate people to use documents like wills and trusts to control how and when the fruits grown during life can be plucked by duly appointed heirs. People often feel they know what's best for us, even after they are gone. Legal papers and trustees require behavior that the dead find appropriate, if you want some of “their” money, and those lacking a pulse can flex their financial muscles from the crypt. They can't take their assets with them, but they can attach some sturdy strings to keep you from getting them, unless you behave according to their plans.

In a more formal way, the dead hand control of an incentive trust can be defined as “conditioning a bequest ... to a beneficiary such that they will only receive the gift if they abide by the conditions of the gift,” says author William C. Spaulding. “Sometimes it is to protect the beneficiaries from their own bad behavior or financial mismanagement. Often it is to promote a family lifestyle or to incentivize the beneficiaries to work, or to prevent them from becoming profligate or lazy.”

Many times, the incentives seem reasonable enough. Perhaps the benefactor wants someone's inheritance contingent on earning a college degree, entering a particular profession, staying sober or settling down and getting married. They are providing a posthumous prod for heirs to toe the line or risk losing the aid of the expired.

In the spirit of Halloween, it's worth considering a few strange and even creepy examples of final attempts to forge forthright character into a breathing beneficiary from the confines of a coffin.

Leona Helmsley, crowned in the media as the “Queen of Mean,” is among the deceased poster people who've dangled inheritances like venomous spiders to impose what some may consider wicked whims upon the living. Besides her fame as a New York-based hotel magnate and convicted tax cheat, she's perhaps best known for the $12 million trust fund she left for the care of her aptly named dog, Trouble.

When the details of Helmsley's last will and testament were made public in 2007, “control freak” was added to the derisive descriptive labels affixed to the controversial billionaire. Helmsley included all sorts of directives in her will. Among them was a demand that the family tomb be “acid-washed or steam-cleaned” annually. Although her reputation may have been tarnished, it seems she wanted to make sure her final home would leave a squeaky-clean impression.

“Helmsley, through her will, is still calling the shots,” declares a New York Times headline at the time, noting a “sharp increase” in the use of incentive trusts “doing the bidding of the dead.” Just ask her four grandchildren. Two of them received a $5 million bequest, which may seem like a lot, but when it's less than half of what the dog got, it makes granny look greedy. But there was a catch that helped her earn her “control freak” bona fides. A provision in Queen Leona's will requires that the two grandchildren visit the grave of their late father at least once a year or they “shall not be entitled to any distributions.” Her will also mandates they sign a guestbook as proof of their visits, basically enabling her dead hand to require in-person signatures to be certified in perpetuity by her alive-and-well trustees.

It could have been worse. She didn't leave dime for the other two grandchildren “for reasons which are known to them.” Those reasons - because they failed to name any of their children after their grandfather - later became known to everyone else. Helmsley could have made an inheritance for her estranged grandchildren contingent on them changing the names of their offspring, but why take things to the extreme?

Tommy Manville, who died in 1967 at age 73, made headlines throughout his life, most notably for racking up more marriages - 13 with 11 wives - than Elizabeth Taylor's mere eight from seven husbands. Part of the legend of the New York-based Lothario is his how he milked his incentive trust and slapped the dead hand that fed him.

A trust established for Manville, an heir to his family's fortune, was intended to motivate him to pursue a responsible life as a properly married man, according to media reports. His reward for settling down and tying the knot was a $250,000 distribution from the trust. As the story goes, he would cash in then opt out of matrimony with the ex-spouse sharing in some of the proceeds. When funds got low, it was time to remarry and collect another quarter million. In the case of the Manville trust, things didn't go according to his dead dad's plans. 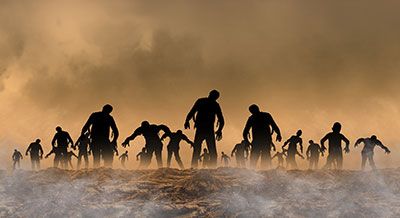 One obvious problem with the use of dead hand control is that it creates “inflexible restrictions that fail to account for a change of circumstances,” according to a study by trust expert Reid Kress Weisbord. In other words, unless we're talking about a zombie from “Night of the Living Dead,” it's going to be difficult for someone with a flat-line EKG to modify trust provisions.

As the author Spaulding explains in his article, “Dead hand control: conditional bequests and devisements,” other problems arise when the requirements violate public policy. You can't, for example, mandate that an heir not get married at all or prohibit an heir from marrying someone of a certain race or gender. Similarly, a trust that makes getting a divorce a condition of inheritance would be void. Same thing is true if you try to use the dead hand to require an heir to practice or refrain from a certain religion. Making the commission of a crime a contingency is another obvious no-no.

“A major drawback of dead hand control for society, especially for large estates, is the inefficient allocation of economic resources,” says Spaudling, in a heady warning about incentive trusts. “The dead have no desires nor can they respond to changing conditions. Hence, dead hand control may cause a large amount of money to be invested in things that are less desirable, or more money may be invested that what would be optimum.”