All shook up: Decades after Elvis' death, his financial legacy left to daughter dwindles

When Elvis Presley died on Aug. 16, 1977, he left a larger-than-life legacy. Considered the “King of Rock 'n' Roll,” Presley became an iconic figure whose earning power after his passing generated millions in additional income for his estate and his lone surviving heir, his daughter Lisa Marie Presley. In the decades since she inherited an estimated $100 million, she claims her share of her dad's legacy has dwindled to $14,000. It was an outcome Elvis likely never envisioned for his daughter, who was 9 when her famous father died. She blames negligence by a former business manager; the former business manager claims her excessive spending is the problem.

The death of Elvis Presley stunned and saddened millions of his faithful fans around the world. More than four decades later, many loyal admirers of the “King of Rock 'n' Roll” remain forever lodged in a hotel of heartbreak over his passing.

Meanwhile, his daughter and only surviving heir, Lisa Marie Presley, has been singing the blues for reasons of her own: the decimation of a $100 million inheritance amid allegations of reckless spending by her and negligence by her former business manager, according to numerous media reports that began to appear following the 40th anniversary of his passing.

In a lawsuit she filed alleging mismanagement by her former manager, Barry Siegel, Lisa Marie claimed she was down to her last $14,000.

It's a situation that might have left her hip-swinging dad, to borrow from one of his most famous lyrics, “all shook up.”

At the time, Presley's death was a shock but understandable, given his highly publicized history of drug abuse during his legendary career. Although his rock-star lifestyle helped lead to his eventual demise, Elvis knew he wasn't immortal and executed a last will and testament five months before his death at age 42. The King left his estate to his father and his grandmother, but they died in 1979 and 1980, respectively. His daughter was named as his other heir.

Elvis' will specified that once his debts were paid, the remainder of his assets were to be placed in a trust for his heirs. He also directed that Lisa Marie's inheritance be provided to her once she reached the age of 25. In 1993, Lisa Marie, at the age of 25, became eligible to receive the assets of his estate, estimated at $100 million at the time. Elvis' widow, Priscilla, helped grow the estate from an estimated $2 million or so at the time of his death by utilizing his Graceland mansion in Memphis, Tennessee, as a tourist attraction and engaging in other profitable business ventures. In 2005, Lisa Marie had cashed in most of her share of those ventures that had produced a steady revenue stream. 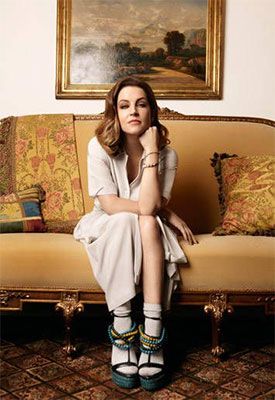 From an estate planning perspective, what could Elvis had done to prevent the financial crisis that now confronts his daughter? Short of having a crystal ball to go along with his blue suede shoes, Elvis during his lifetime could have created a special type of trust known as a spendthrift trust. Perhaps Elvis had an inkling that it would be a good idea for Lisa Marie to reach a stage of adulthood where she could act responsibly with an enormous windfall. After all, he required that her eligibility to inherit be delayed until age 25. Had the King known better, he might have made her eligible for a portion of her trust-held inheritance at subsequent intervals - age 30, 40 or 50 (Lisa's age in 2018), for example.

In the meantime, his financial legacy has become the subject of suspicious minds sparring in a courtroom. 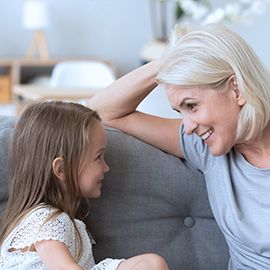