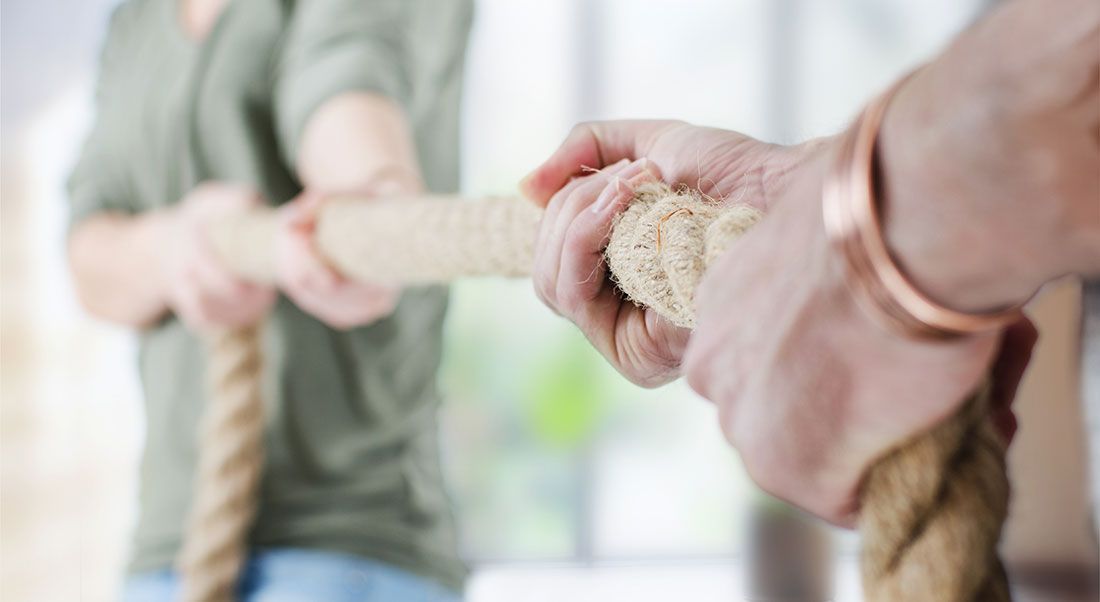 Family feuds are the biggest threat to your legacy

Conflicts among family members, especially those in blended families, pose the biggest threat to your estate, experts agree. Discord among loved ones arises for many reasons, ranging from feelings of unfairness to outright greed, and often leads to litigation and destructive outcomes. When family members honestly communicate their intentions, strive to be fair and develop a comprehensive estate plan, they can help avoid inheritance disputes.

You may live under the same roof with biggest hazard to your family's financial future.

Family conflict - especially among blended families - is the top concern cited in a recent TD Wealth survey that identifies the top threats to your ability to leave behind a meaningful financial legacy.

Nearly half of the respondents, all experts in financial and estate planning, said that discord among loved ones poses the biggest source of harm during your golden years and beyond. Family conflict is a far greater threat to what happens to your nest egg than the other leading concerns, market volatility (24%) and tax reform (14%).

The chief sources of conflict are feelings of unfairness among beneficiaries, a lack of communication when developing an estate plan and the complexities of blended families, the survey finds.

“Family dynamics have always played a critical role in estate planning. As we start to see more blended families, we expect these conversations to become even more prevalent and challenging,” says Ray Radigan, head of private trust at TD Wealth.

Family dysfunction and estate fights by disgruntled family members have been making headlines for a very long time.

When Eliza Jumel, widow of Aaron Burr, the nation's third vice president, died at age 90 in 1865, a highly publicized 17-year fight over her fortune began. She became more famous for the family dysfunction over her estate than being married to the guy who killed Alexander Hamilton in a duel.

Jumel, according to terms of her soon-to-be-contested will, left most of her estate to various charities. Her closest survivors were a few nieces, “themselves old,” recounts an 1871 report in The New York Times.

Unhappy with Jumel's omission, the nieces sued the estate of their distant aunt, seeking to overturn the will on grounds of undue influence. An illegitimate son and a long-lost brother's relatives soon surfaced to make their claims. The litigation wound up before the U.S. Supreme Court.

The stories of bickering blended families and their estate plan failures continue to draw media attention and provide lessons to the rest of us.

Two daughters, in the case of the late rock star Tom Petty, have been at legal odds with their stepmother over his estate's decision-making powers - and access to millions in royalties - since the singer's 2017 death. Petty's widow recently asked a judge to order that her stepdaughters “act rationally” and stop sending anger-filled email rants. The daughters told the court they are dealing with “selfish, unreliable people” controlling their father's estate.

When musician Glen Campbell died in 2017, it didn't take long for three of his children from prior marriages, who were left out of his estate, to file a lawsuit questioning their father's capacity because of Alzheimer's disease. Five of his other children were included in the estate, and Campbell, in his planning documents, never explained why some of his children were excluded. The disputes among his adult children actually began when Campbell was moved to an assisted living center.

The widow of fashion designer Oleg Cassini wound up in jail in 2017, one of the latest developments in a decade-long, blended family feud. Nestor Cassini, at war since 2006 with her allegedly short-changed stepdaughters and Oleg's grandson, wound up in jail in 2018 for defying a judge's order to submit financial records.

A dispute over clothes and personal items owned by the late comedian Robin Williams was enough to motivate his widow to take his two daughters from a previous marriage to court. Anger and hostility replaced the family's grief and shock following his 2014 suicide.

John Steinbeck died in 1968, but his blended family's tug-of-war over his estate has lived on. A jury in 2017 awarded $13 million to his stepdaughter over royalties and movie rights. She prevailed over the author's eldest son after a long and bitter legal battle.

There's no shortage of stories about celebrities and estate fights. Unfortunately, similar scenarios are found everywhere, regardless of social or financial status. That's especially the case when it involves loved ones bickering over guardianship rights for an ailing parent or their perceived fair share from an estate.

Love, compassion, dedication and loyalty are among the qualities that describe the nature of an ideal family.

But when it comes to a death in the family, those positive attributes can be overtaken by negative motivations that may include distrust, self-interest and revenge, experts say.

Greed and pettiness are two of the most common reasons quarrelling survivors “dissolve into combat even while they are still joined in grieving,” says Michigan-based attorney P. Mark Accettura, author of “Blood & Money: Why families fight over inheritance and what to do about it.”

At a deeper level, greed and pettiness “are really symptoms of survivors' struggle to feel loved and important,” Accettura says. “The fight for money and things - Dad's watch, Mom's wedding ring - is not about the object or the money itself, but about what they symbolize: importance, love, security, self-esteem, connectedness and immortality.”

There are five basic reasons a family may be at risk of an inheritance fight, Accettura says, and the sources of conflict often work together to rip families apart.

Dysfunctional families, however, can almost bank on trouble when there's a death in the family. That's why experts suggest consulting with estate planning professionals to minimize discord.

When there's money and material things at stake, emotions run high and rivalries develop. Family members have their own sense of fairness based on their unique relationship with a departed loved one. Loved ones may feel slighted if their assumptions are wrong and expectations unmet.

Conflicts appear from nowhere and involve disputes over a vast array of issues: keepsakes that have emotional attachments to certain people; valuable heirlooms; the status of the home; and financial assets. Family members excluded from an inheritance or those who receive a smaller percentage than others are likely to take legal action. In fact, conflicts often begin before death with disputes over end-of-life care, living arrangements and caregiving responsibilities.

A carefully crafted comprehensive estate plan, however, can prevent family-splitting conflicts and keep your affairs out of the courthouse and media.

Creating a comprehensive estate plan doesn't guarantee family harmony. But a plan that is full of surprises and perceived slights, however, invites conflicts when you die or become incapacitated. Openness and communication involving the entire family, blended or otherwise, as well as a professionally crafted and updated estate plan are keys to keep estate battles at bay, experts agree.

“Estate planning comes with the responsibility of motivating families to communicate through difficult times, which requires regular dialogue and complete transparency. To minimize risk, we encourage families to invite everyone to the table to participate in open and honest conversation about their shared goals and objectives,” says TD Wealth's Radigan.

Family discord tends to erupt after the funeral when grief gives way to other emotions, warns California-based attorney Morton J. Grabel. There may be “a feeling that the 'golden child' got more of the inheritance or the 'black sheep' of the family doesn't deserve anything.” Grabel and other experts suggest three general strategies to reduce the chance of an inheritance dispute: