Need a worthy goal? Live up to the legacy of the Greatest Generation

If you are starting to think more about your estate plan, how to save for retirement or the kids' college tuition and what kind of legacy you will leave to your children and grandkids, well — there is good news and bad news. The good news is that you are absolutely doing the right thing. You should be looking into the best investments to make before retirement, planning ahead for the likelihood of long-term health care needs and taking advantage of the resources available to you for effectively transferring your wealth to your heirs. The bad news is that you should have been doing this a long time ago.

The "more" good news is that doing the financial planning that we all know we should have done earlier is now easier to do than ever before. And there are more resources available than ever before to do it. So what has been stopping us? 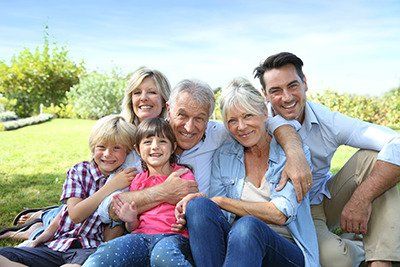 For example, take the harmless concept of "sitting down together for a family meal." If you are now approaching retirement age, you probably sat down as a child with your family at the dinner table just about every night. Yet today, 40% of families eat dinner together less than three times per week; 10% don't eat dinner together at all. In your parents' generation, the average dinner lasted about 90 minutes — today the average family meal is over in less than 12 minutes. Worse yet, 23% of families claim that the primary topic of discussion is how stressed and tired they are. Sadly, 7% of families that do eat together don't talk at the dinner table at all. The reason? They are too busy poking away at their cell phones.

How did this happen? What caused such a shift in attitude about sitting down to a family meal?

Well, as it turns out, it really is a "generational thing."

Often, the differences between generations evolve from the significant world events that the generation experiences and the introduction of new social or technological norms that impact lifestyles — so much so that we identify individual generations by their cultural attitudes. We usually refer to the dividing line between generations as "generation gaps." These gaps represent the changes in attitudes that identify each generation.

Because popular culture's assessment of generational attitudes tends to focus on social, technological and financial benchmarks, you may be wondering, "So what does this have to do with my estate planning?" Well, there is more good news. Your estate planning decisions are directly related to the generational gaps over which wealth is transferred from generation to generation. And there is much to be gleaned from each one.

Although there are slight variations on the dates depending on the source, here are the generational categories since 1900 that represent significant cultural attitude shifts:

Because you are considering your estate plan, you are most likely a baby boomer or a "Gen Xer" (Generation X). The following are very general descriptions of each of the distinct generations between the present and 1900. The events and attitudes describing each generation are not conclusive by any means, but they are events and attitudes that arguably have shaped the collective mind of the respective generations.

Generation Alpha. Beginning with those born in 2010, Generation Alpha is already ensconced in gadgetry — everything from iPads to Fitbits. Generation Alpha is postured to become the most formally educated, most technological and wealthiest generation ever. Even the oldest members of Generation Alpha are no more than 10 years old, so they are still too young to have financial status or estate plans. But having been born into a generation in which they have never learned on anything other than a computer, with online marketers and retailers salivating over virtually free access to easily influenced and technologically savvy young minds, they have already become the most marketed of any cohort. Even by age 8, they already have a significant influence on their parents' ("Gen Zers") decisions about the technology they purchase for the home. The Alphas make up 25 percent of the population.

Generation Z. Gen Z spanned the introduction of the iPad and are thought to have had the most influence on the Internet's impact on an entire culture. Most "Gen Zers" received their first mobile device by age 10 and are the youngest generation to have savings accounts. They are pragmatic and highly analytical decision makers. As they begin to enter the work force, they are eager for financial planning education.

Millennials (Gen Y). While most of Gen Zers were too young to understand the historical significance of the terrorist attacks of Sept. 11, 2001, Millennials were between the ages of 5 and 20 at the time and also watched the Iraq and Afghanistan wars unfold. They began entering the workforce at the peak of the economic recession. They voiced broader political views and are the most racially and ethnically diverse adult generation in the nation's history. They are also referred to as the "Me Generation," with their focus on the individual self. Financially unstable and burdened by student loan debt, they prefer "access over ownership" and delay the big financial commitments, like houses and families.

Generation X. Generation X not only suffered the bursting of the dotcom bubble, but it also confronted the financial crisis of 2008 and the Great Recession. Thus, Generation X still struggles to rebound from starting off with debt. As a result of extended life expectancies, they are also the sandwich generation — those responsible for providing care to aging parents, themselves and children. Only 23% of Gen Xers contribute to savings every month or feel confident about their financial forecast. Nearly 60% of Gen Xers are consumed with debt. They are postured to become the first generation in history to be less prepared for retirement and more financially worse off than their parents. That is, until they inherit the baby boomers' collective $30 trillion over the next three decades as their parents' generation begins to dwindle. Although Generation X dabbles in their own online financial management, they nevertheless prefer more personal financial transactions.

Baby boomers. The baby boomers comprise the only generation officially recognized by the U.S. Census Bureau, as a result of the renowned surge in the post-World War II birth rate between 1946 and 1964. Boomers have the highest growth in student loan debt — not their own, but their children's. As the wealthiest generation, the baby boomers believe it is better to transfer much of their wealth now, to help their children get off to a financially sound start, rather than leave them a large inheritance later. As the first generation to begin outliving their retirement savings, funding their own long-term care has now become a concern for the Baby Boomers.

Silent Generation. The Silent Generation found itself positioned between two of the most popular generations — the Greatest Generation and the baby boomers — and two wars, World War II and the Korean War. The Silent Generation enjoyed the financial prosperity of the post-war economy and adopted conservative social and cultural views. Socially, they played by the rules and kept their heads down and their eyes forward, not wanting to rock the boat. Thus, they were termed "silent." Like their parents before them, they married young and started families early (younger, on average, than any other generation). They were the first generation to seriously consider pensions as a means of financial planning for the future. They were sometimes referred to as the "Lucky Generation" because their timing was impeccable from start to finish — they enjoyed post-war prosperity, invested in the healthiest markets in history and retired with their pensions immediately before the crash of 2008, becoming the wealthiest elders of any generation. Fortunately for their baby boomer children and Generation X grandchildren, who were born into an entirely different financial climate, the collective generosity of the Silent Generation exceeded their good fortune, so they tended to subsidize not only their own retirements, but their children's college educations as well.

Greatest Generation. The English rock band The Who has been not-so-quietly crooning about their generation since 1965, when their hit song "My Generation" was released. Three decades later, in 1998, popular journalist Tom Brokaw wrote his best-selling book, "The Greatest Generation," in which he profiled those who grew up during the Great Depression and later fought in World War II or contributed to the war effort at home. Brokaw's perspective of that generation — those born between 1900 and 1924 — formalized the standards by which popular culture would thereafter assess and identify the generations. These standards are based primarily in the generation's collective attitude in response to the social, technological and financial conditions of the time. In assessing its collective response to these influences, Brokaw concludes that this generation was the "greatest." Why?

Here are just five of the characteristics and traits of the Greatest Generation — those who grew up watching their parents lose their homes, their farms, their savings and their financial futures, only later to fight in World War II, yet nevertheless adopted a collective attitude that inspired a nation to persevere until it prospered again.

As you consider your estate plan, consider the attitude with which you approach it. What obstacles must you confront? What is it you want to accomplish? Will you patiently work for it or hope for a quick fix? Will you sacrifice now for your family's future? Will you resolve to be frugal and commit to your financial goals or will you blame the government, your employer, or your president? 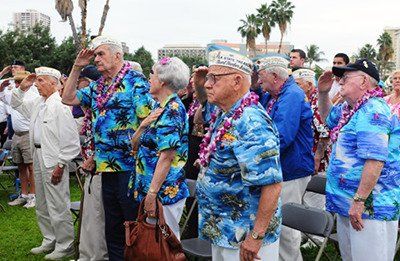 We live in a different world than our parents did. With every generation, it seems there are more and more financial obstacles to face. Now we must factor in remarriages, blended families, increased spending needs, greater debt, busier lives, war, developing technology and increasing options for transferring wealth. What have we learned after seven generations and 120 years of financial planning?

The physician and author Han Suyin said: "We are all products of our time, vulnerable to history." The study of the generational gaps over the last 120 years have proven this to be true. If popular culture's assessment of each generation is accurate, we could be heading in the wrong direction in terms of our attitude about financial planning.

So what can we do — and what can the current generations and future generations moving into the workforce, planning for retirement and transferring wealth do — to become products of the Greatest Generation?