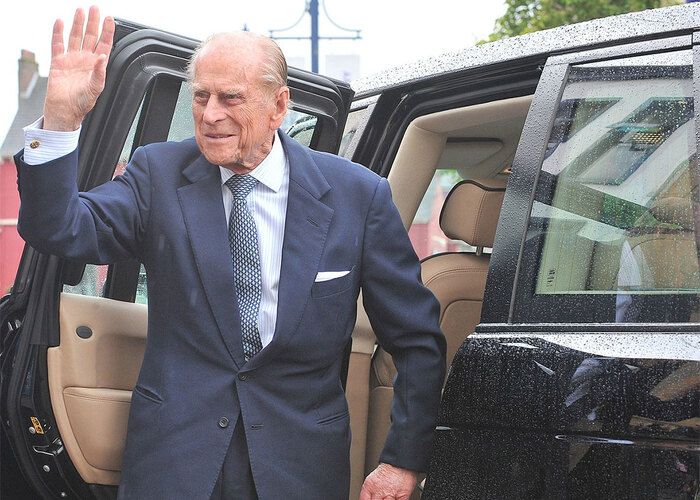 The on-the-road mishaps of Prince Philip prior to his passing in 2021 focused renewed attention on the issue of aging and driving. Experts suggest that older adults and their support group of loved ones and health professionals discuss when “driving retirement” - a dreaded loss of independence and mobility - may be necessary to protect personal and public safety.

Great Britain's Prince Philip had announced his official retirement from public events several years ago, but he managed to get caught in the unwelcome glow of the spotlight after crashing his Land Rover.

In 2019, the queen's husband, age 97 at the time, was zipping down a country road without his bodyguards and told police he was “dazzled by the sun” before his SUV collided with a van carrying a mother and 9-month-old boy.

Just days later, Philip was spotted on the road again - this time photographed without a seatbelt. The incident caused a media frenzy and has rekindled the ongoing debate over when older people should give up driving. On social media, many of the prince's subjects expressed dismay that a person of his age, and royal stature, still had a driver's license and was actively driving. 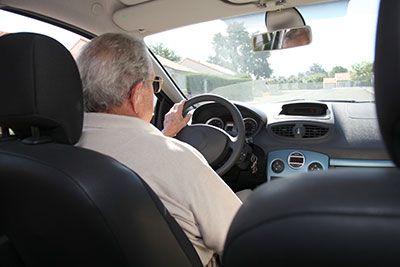 As a result of the controversy, Philip voluntarily surrendered his license a few weeks after the crash. Every three years, British drivers age 70 and older must self-report medical issues that impact their driving. In the U.S., requirements for older drivers tend to be less stringent and vary from state to state.

For Americans, the issue of driving and aging confronts an increasing number of older adults and their loved ones, pitting them in a struggle over individual independence and personal and public safety. AAA reports that 70 million Americans will be 65 or older by 2030, and 90% of them will be licensed to drive.

“Whether you believe driving is a right or a privilege, having to stop driving is an almost universally unwelcome rite in the poignant ceremony of old age,” writes California-based geriatrician Dr. Louise Aronson for the New England Journal of Medicine. “The primary issue for men, who will live six years on average after they must stop driving, and women, who will spend an average of 10 car-less years, remains the old person's sense of diminished humanity.”

For an aging parent, the prospect of giving up the keys to the person you taught to drive creates a humbling, frustrating and depressing dilemma.

Aronson recalls the impact on a particular patient after being forced to recommend her license be revoked following a dementia diagnosis.

“Not driving wasn't simply not driving. It was a reduction of status and freedom, independence and opportunity,” Aronson says. “It would make everything more difficult for her for the rest of her life, from grocery shopping and working to seeing friends and maintaining self-respect.”

Those who must give up driving and relinquish a form of freedom they cherish face challenges beyond mobility - some of them unhealthy. Increased social isolation and depression, for example, are “significantly correlated with poor health outcomes,” she notes.

Unfortunately, “driving retirement,” as Aronson describes it, will be necessary at some point for most people.

The symptoms of the aging process diminish the ability to drive. Stiff joints and muscles and vision and hearing problems cause slower reaction times, leading to accidents. Dementia and other cognitive ailments as well as the effects of medications also spell trouble. Doctors are required to report certain diagnoses, such as Alzheimer's disease, to the state Department of Motor Vehicles, which may revoke licenses. Some states require that older drivers have more frequent vision and skills testing and license renewals than younger drivers.

Like Prince Philip, some older drivers make the decision to hang up the keys on their own. Perhaps they realize their physical limitations, experience a close-call or take the advice of loved ones.

In other cases, a tragedy may lead to the decision. Wendy Irvin's grandmother experienced a similar driving peril as Prince Philip - brilliant sunshine - but with disastrous consequences.

“One afternoon, my grandmother picked up her younger sister (her best friend in life) to run an errand. The sun shone into my Gram's eyes as she turned left when a small truck slammed into her. The police found my grandma's car upside down,” Irvin writes for NextAvenue.org. “The truck driver was fine, and my grandma was still with us, but her gentle sister was gone. For the rest of her life, my grandmother did not speak of the accident and never drove again.”

Any person, regardless of age, is likely to resist losing the freedom that driving affords, but it's unwise to wait for a ticket, a letter from the DMV or worse, an accident, to make the decision to stop driving for you.

AARP and the National Institute on Aging have published online guides to help caregivers assess the driving skills of loved ones, have difficult conversations about driving and make alternative transportation arrangements that help preserve independence. The organizations offer some key suggestions on how to address the issue of so-called driving retirement. 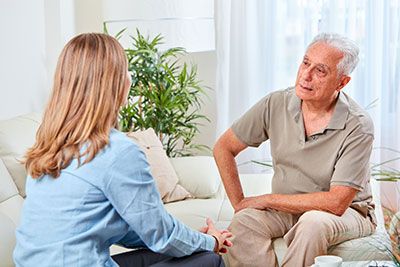 An older driver and a support group of loved ones and health professionals can help ease the burdens as driving retirement approaches. Discussions with the driver should start before the topic of driving retirement becomes threatening, Aronson says.

Aronson offers advice to her fellow doctors when counseling patients: Make clear the shared goal is safe driving as long as possible; normalize the concept of driving retirement; and empower the patient to take control of planning for the eventual “transition to passenger.”

“The right time to stop driving varies for everyone,” AAA executive Dr. David Yang tells The Washington Post. “Research shows that older drivers can be hesitant to initiate conversations about their driving capabilities, so it is important that families encourage them to talk early and often about their future behind the wheel. With early discussion and proper planning, elderly drivers may extend their time on the road.”