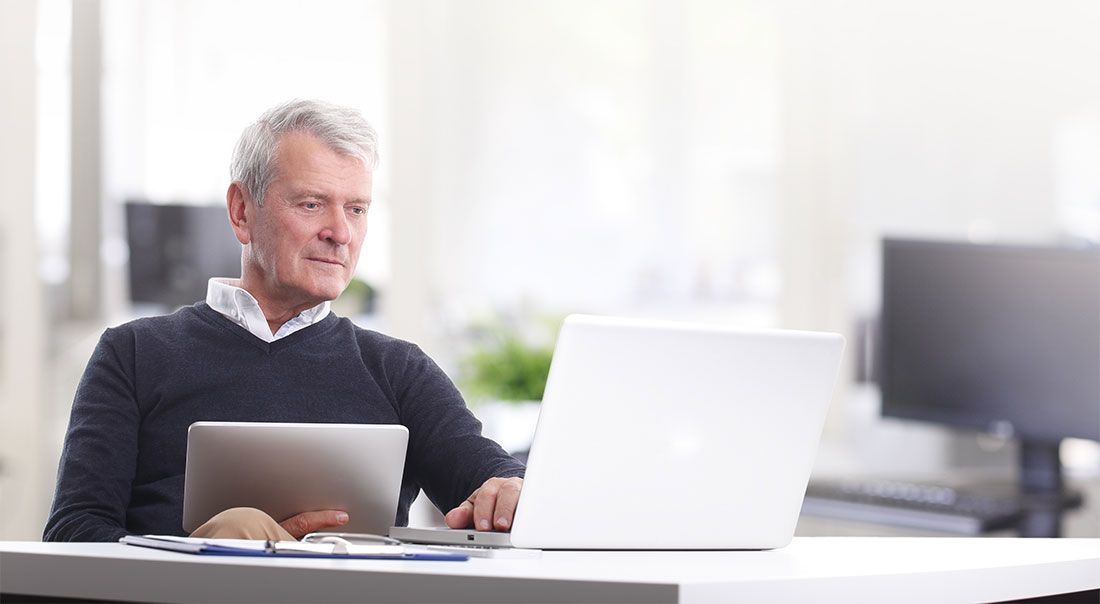 For a growing number of Americans, reaching retirement age isn't the milestone it used to be and has become less of a reason to quit working, according to studies of employment trends. Researchers have found that those who continue to work during their retirement years live longer, have less stress over finances and find satisfaction in staying socially active and productive.

Sure, retirement can usher in endless golf outings, shopping excursions, day trips, card games, good books, long walks, lazy lunches, knitting sessions and whatever else it takes to while away the time. It's a fanciful way you may envision spending those golden years.

But a life of total leisure - and too much cable surfing and idle time - can get old, especially for active, productive people who think of age as a number, not a formal requirement to take it easy. Those entering their so-called golden years may find that retirement can be tiring, and a job is a rewarding remedy for boredom.

Cultural anthropologist Caitrin Lynch spent years on the shop floor with employees of Vita Needle in Needham, Massachusetts, as part of the research for her book about what work means for people who are of conventional retirement age.

At the time of her research for “Retirement on the Line,” Vita Needle was a Boston-area manufacturer that employed 40 production employees with a median age of 74. In 2013, PBS reported on Lynch's research into motivations of older workers and interviewed some of the company's employees.

Among them was Bill Ferson, 90 years old at the time, who had been with Vita Needle for more than two decades since retiring from a job he'd held for 39 years.

“I've got a place to come and people to talk to. I'm not alone. I'm keeping my upstairs going,” Ferson tells the PBS interviewer, pointing to his forehead. “If it wasn't for this job, I might be six feet under. Now, a lot of people younger than me are in tough shape. I know. I've seen them. I don't want to be like that.”

In describing her findings, Lynch explains the beneficial common denominator that impacted all of the company's older workers.

“Regardless of the financial need, everybody really talks about the other thing they get from work, which is this sense of connection and the sense that they feel like they matter,” says Lynch, an Olin College professor. “It's through the process of working, through knowing you are doing something productive that's contributing to a very successful business that people feel like there's still a reason for me to be here - be here in the world. In American society, unfortunately, people feel invisible as they get older.”

“We get it back in spades as far as the company is concerned with the loyalty and the effort that's put forward,” Hartman tells PBS. He said they are reliable and on time and have low turnover, a positive attitude and a strong attention to detail.

“Look, the Supreme Court has got people over 80 on it,” Ring says. “We don't think much about that, so why can't we do this with other people?”

Lynch says she discovered that older workers “seek from work a paycheck but also a sense of belonging and friendship, as well as the experience of productivity, purpose and usefulness.”

At age 94, Grace King boasts to Lynch of the “busy ethic” that keeps her from “going crazy” in retirement. “Nothing to do all day long, and it drove me crazy. I wanted to be busy.”

Indeed, surveys show that many older Americans keep working past their retirement age because they want to. The message they are sending, which is supported by the data, is that working is good medicine that not only yields financial rewards but also improves physical and emotional health.

In a 2015 study conducted for the federal Centers for Disease Control and Prevention, University of Miami researchers analyzed 15 years of survey data provided by 83,000 Americans age 65 and older.

“A strong association exists between employment and health status in older adults beyond what can be explained by socioeconomic factors,” says the study's conclusion.

The study also found that “being unemployed/retired was associated with the greatest risk of poor health across all health status measures, even after controlling for smoking status, obesity and other predictors of health.”

In 2016, a Oregon State University study sponsored by the National Institute on Aging reported similar results. According to sciencedaily.com, the study concludes that “working past 65 could lead to longer life, while retiring early may be a risk factor for dying earlier.” Researchers examined data collected over an 18-year period.

“The researchers found that healthy adults who retired one year past age 65 had an 11 percent lower risk of death from all causes, even when taking into account demographic, lifestyle and health issues,” sciencedaily.com reports. “Adults who described themselves as unhealthy were also likely to live longer if they kept working, the findings showed, which indicates that factors beyond health may affect post-retirement mortality.”

More recently, in 2017, researchers with RAND Corp. trumpeted the benefits of older Americans returning to the workplace, reporting that “unretirement is working.” Researchers learned that among workers over age 65, 40 percent of them had previously retired and later re-entered the workplace. RAND's American Working Condition Survey also found that “retirement isn't necessarily permanent,” according to economist and report co-author Kathleen Mullen.

All three studies offer the same bottom-line message. Working is good for your health. Retirement, not so much.

Besides, having older people in the workforce is a demographic trend that will continue, according to the federal Bureau of Labor Statistics. BLS projections show that 20% of workers in 2018 were 55 and older. The number will increase to 25% by 2024.

RAND also found that when retirement-age people are engaged in “meaningful work,” they have a tendency to continue working. Indeed, many older workers boast how the phenomenon of “unretirement” boosts one's energy and keeps the mind sharp.

The study cites the example of an 82-year-old man who worked a decade beyond his pension-eligibility date. Once he finally retired as a police officer, the man transferred his skills into a role as a part-time instructor at a community college. He was asked if he'd ever stop working. His reply: “I hate to say it, but you sound like my wife. In spite of some health issues, I'd like to work as long as I'm viewed to be an asset. Any time I become a burden or liability to somebody, then it's time to hang it up. Right now, I'm having fun.” 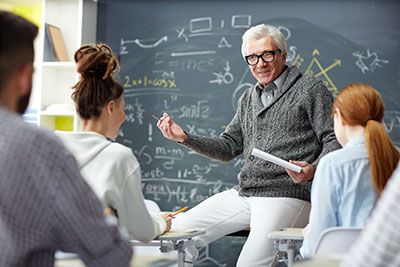 The BLS found that the average life expectancy for those who reach the age 65 is 84.3 - nearly another 20 years. Some older Americans may be concerned that their retirement savings and Social Security income won't be adequate to provide for another two decades. Longevity puts a strain on nest eggs and motivates people to keep earning money. Post-retirement employment income can be the difference between comfortable golden years and a struggle to not run out of money.

“We definitely see evidence that retirement is fluid,” Mullen, the RAND economist, told The New York Times. “There's less of the traditional schedule: work to a certain age, retire, see the world. We see people lengthening their careers.”

Harvard Medical School economist Nicole Maestas told the Times that while financial concerns are a motivation to keep earning a paycheck, a larger impetus may be to just keep busy.

“It looks like something people are doing intentionally, instead of an oh-my-god response: ‘I'm running out of money; I have to go back to work,” Maestas says. “It's much more about a choice. ... You hear certain themes: A sense of purpose. Using your brain. And another key component is social engagement.”

In other cases, people may retire because they are ready to give up the daily grind that they've endured for decades. Maestas says those folks leave the workforce due to “burnout” and take a break and return to work in less demanding and more fulfilling roles.

Granted, lots of leisure time is an immediate benefit of retirement, which “relieves workers who feel constrained in their place of work, whether due to stressful job conditions or to work-impeding health problems,” says a 2013 study by the National Bureau of Economic Research. “For such individuals, early retirement should manifest itself in an improvement of well-being and, potentially, also health. On the other hand, early retirement might also be harmful, because individuals who stop working may lose a purpose in life. This might, in turn, decrease subjective well-being and mental health. Early retirement may after all not be the bliss that many individuals hope for.”

While work may be good for the health and wellness of older employess, there are some big economic advantages for people to keep working, especially those without abundant retirement savings.

For example, one key reason to stay on a payroll is to delay receiving Social Security income and therefore increase your expected monthly and lifetime payout, according to a 2017 report by CBS MoneyWatch. Another bonus is the opportunity to utilize employer-sponsored health insurance, participate in workplace wellness programs and engage in social interactions that improve health and well-being, the report says.

For those folks with ample savings, a paycheck not only keeps them active and engaged, it also eases the burden on retirement nest eggs and helps preserve a financial legacy that can be passed on to beneficiaries.