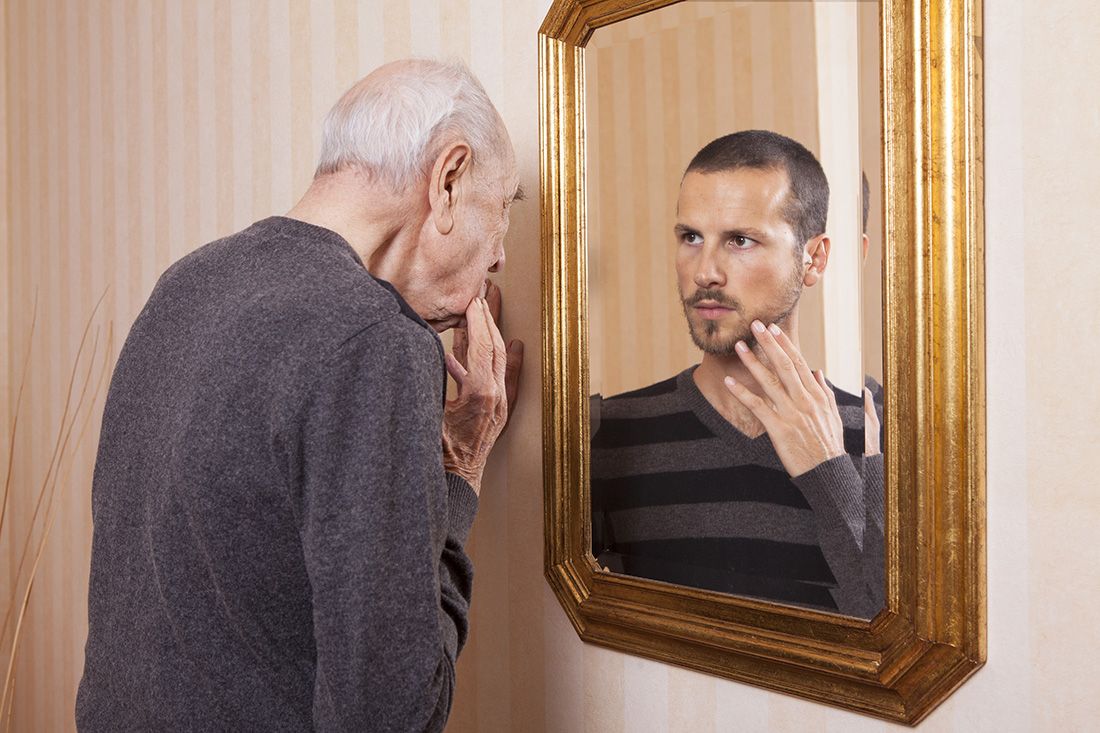 Why your perception of 'old' changes as you age

As the years go by, we tend to think of ourselves as younger than we really are. Attitude, exercise, eating right and ditching bad habits can keep your fountain of youthfulness flowing.

My perception of old age is inextricably linked to my grandmother. When I was a kid, I thought this 65-year-old, white-haired woman whose entire body wobbled when she walked was very old. Now that I'm 66, my personal perception — or perhaps, misperception — of old age has changed. I suspect I've got lots of company.

Many of us are convinced that while everyone else is aging, that person we see in the mirror every morning is magically aging at a somehow slower pace. The age confusion can start early. A 2018 Michigan State University online survey of respondents ages 10 to 89 revealed that most think middle age begins at 30 — and that old age begins at, OMG, 50.

Call it what you will, but this gray-haired group of boomers and beyond — myself included — is having a hard time accepting the realities of aging. Yes, we are mortal, but we're not quite believing it. The great irony, say experts on aging, is that this flirtation with a slightly different reality from our aging peers may, in fact, be a healthy thing.

“Baby boomers are redefining what aging is and what old age looks like,” said Jennifer Ailshire, assistant professor at the Leonard Davis School of Gerontology at the University of Southern California. William Chopik, assistant professor of psychology and principal investigator of the Michigan State study, knows this better than most of us.

“People — particularly older people — usually say they feel younger than they are,” said Chopik. “People who report feeling younger actually tend to live longer and healthier lives — and they don't tend to have as much of a pattern of decline.”

In most cases, people say they feel about 20% younger than they really are, according to the Michigan State study of more than 500,000 people. This keeps ramping up as folks age, he said. Beginning at age 50, he said, many say they feel about 10 years younger.

The fact we're generally living longer than we used to also plays a role, experts say. “As our life spans get longer, so does our view of old age,” said Chopik. “How we view ourselves changes constantly as we age.”

For me, it's been more like a sentence to self-motivate. At age 66, when I look in the mirror, I may not see a 46-year-old staring back at me — but, perhaps, someone closer to 56. Maybe it's because I'm so lousy at sitting still. I'm out walking my dog at 6:15 a.m., lifting weights in the gym by 7:30 a.m. and swimming laps in the pool before 9 a.m. five days a week. Welcome to my nonstop world that seems to somehow keep old age partially in check.

While it might not sound like your world, consider Theresa Paulus — the mother-in-law of USC's Ailshire — who seems to be constantly in motion, too.

The 63-year-old Tempe, Ariz., resident's morning bicycle workout, alone, makes my daily workout schedule look lame. She's typically up by 5 a.m. and quickly out on her Trek bike for the next hour — or more — on a 10-mile-long excursion. If the weather is lousy, she'll instead find her way to the spinning class at the local gym before heading to the weight room.

“I honestly feel like I'm in my 40s,” said the full-time nursing home caregiver, who three years ago, at age 60, got her degree in health service management from Arizona State University. “I haven't slowed down one bit from the exercise routine I did at 40.” 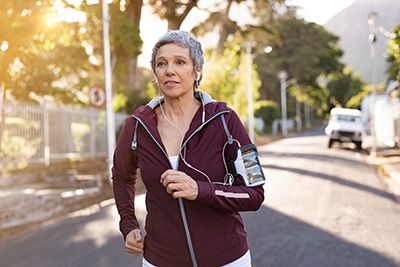 In fact, she may have upped it a bit. Not the distance, mind you, but every day she tries to challenge herself a bit. “Each time I ask myself, can I get there and back just a little bit faster?” she said. She may be passing it along to the next generation, too, as she has taught her two granddaughters how to ride bikes.

Paulus' ability to rebound from injuries is legendary among friends and family. On a recent walking tour of Ireland's Cliffs of Moher, she twisted her ankle but continued days of walking — only to discover when she got home that she'd broken her foot. Back in 1969, while training on her bike, she was hit by a car — but escaped without so much as one broken bone. And after a moped accident in 2010, she crushed her leg and was advised by her doctor that she'd always walk with a limp — and a cane. She proved the doctor wrong and was soon racing bikes again.

Her daughter-in-law, USC's Ailshire, isn't surprised by any of this. After all, she said, some baby boomers' bodies can perform as if they are between two and 15 years younger than their actual age.

Paola Sebastiani, 55, is living proof. She barely qualifies as a baby boomer, but when asked how old she feels, the professor of biostatistics at Boston University said she doesn't even feel 40.

Perhaps that's because she walks 2 miles (in Birkenstock sandals, no less) to and from work every weekday. Or maybe it's because she's adamant about eating no red meat and tries to eat avocado daily. Or perhaps it's her who-gives-a-flip attitude. “My mom would have never worn jeans at my age — but I wear them all the time,” she said. Her point: Folks with a positive attitude toward aging often age more slowly.

Which brings us back to my dear grandmother. The most familiar smell from her kitchen was that of the fried chicken crackling on the front burner every Friday evening. I can't remember even once seeing her exercise. Action, in her world, was a game of cards. And, as was all too common in her day, she thought her smoking habit helped her to relax.

So, at 66, I've given up on most fried foods. I've never smoked. I don't sit around much playing cards or watching TV. And all the time I spent walking our dog, lifting weights and swimming laps this morning I view as an invisible shield that protects me from looking into the mirror and seeing an old man staring back.

Instead, I still see me.