More than three decades ago, football legend "Dandy" Don Meredith established a trust to care for his special-needs daughter, Heather, for the rest of her life. Following Meredith's death in 2010, a legal skirmish ensued over allegations that his widow neglected Heather's needs and Don's stated intentions. The situation is an example of the importance of planning for the long term and considering how changes in life's circumstances require us to review and amend our plans.

"Dandy" Don Meredith was a football icon from his days as a star quarterback for Southern Methodist University and the Dallas Cowboys and as one of the original voices of Monday Night Football.

Besides excellence in athletics and broadcasting, Meredith, who died in 2010, left behind a legacy of compassion and financial security for his special-needs daughter, Heather, who is now 49.

Or so he thought.

It appears Meredith had the right intentions when he crafted his estate plan and created a trust to pay for his daughter's care. But he left the wrong person in charge of Heather's welfare, a Kentucky judge has decided.

The affable Meredith, one of the most famous faces in football, was a popular public figure, but the private arrangements he made for Heather's lifetime of support have made headlines recently after allegations of an abusive guardianship. Details have emerged of a simmering controversy and legal proceedings over the past year involving Heather's care and alleged neglect by a stingy stepmother. An in-depth report by Louisville Courier-Journal reporter Deborah Yetter chronicles the saga after the newspaper obtained court records, investigative reports, emails and interviews of those familiar with the guardianship saga.

Don Meredith and Cheryl King were married in 1965 and divorced in 1971, two years after the birth of their child, Heather. Don then married Susan Dullea in 1972. In 1988, Don and Cheryl agreed that he would be granted custody of Heather, and he established a trust at that time to pay for all of Heather's needs. Since then, Heather has been living at the Stewart Home & School in Kentucky, a highly regarded residential school for intellectually disabled individuals.

After Don's death, his estate plan called for Susan, Heather's stepmother, to manage her trust and serve as her guardian, and he transferred control of a trust intended to care for his special-needs daughter to his surviving spouse. Don also mandated that his estate fund Heather's trust as needed to ensure her future needs were met.

At some point after Don's death, however, Heather became less of a blessing and more of a financial burden, based on the documented actions of her stepmother.

The newspaper reported that state social service investigators found that allegations of abuse were credible. Cheryl filed a complaint in a Kentucky district court calling for the removal of Susan as Heather's guardian. The complaint alleged that under the guardianship of her stepmother, Heather had untreated dental maladies; received only shabby, second-hand clothing; was deprived of basic personal supplies; and was restricted from participating in school outings due to their expense. It also alleged Susan failed to file required financial disclosures.

Emails that Susan sent to officials at the Kentucky school depict a penny-pinching guardian engaged in an ongoing dispute over expenditures for her stepdaughter's care, according to the newspaper's report. Despite Don's stated instructions that his estate supplement Heather's trust as necessary throughout her lifetime, Susan repeatedly insisted the trust was low on funds. 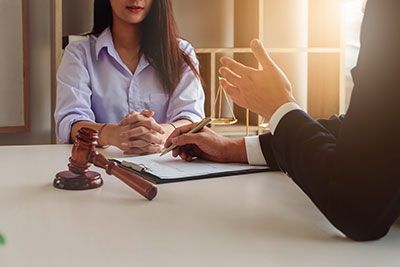 "I must decrease the expenses for all the extras at this time. Don's trust just doesn't cover her expenses and any extras," she wrote.

Susan quibbled over a lunch tab of $18.64, insisting $10 would be more reasonable - "unless you are having caviar!! Ha ha," she quipped. She took exception to the $127 cost for eyeglasses as well as money spent for clothes, haircuts and activities like yoga and horseback riding. She sent used apparel when the school requested clothing, shoes and other items, the report said.

The allegations resulted in a court battle between stepmother and mother over Heather's guardianship. The two sides settled the matter in May 2018 with Susan agreeing to contribute an additional $1 million into Heather's trust and relinquish permanent guardianship to Cheryl. A judge also appointed an investment bank to oversee the trust's finances.

With her birth mother and an institutional fiduciary in charge, Heather was able to quickly receive $20,000 in badly needed dental care, the report said.

Don's intentions that Heather be taken care of for the rest of her life were not followed. He didn't foresee a legal skirmish between his widow and ex-wife over the care and financial support of his special-needs daughter. In retrospect, should he have seen trouble on the distant horizon?

Future family dysfunction is tough to predict, but it's not uncommon when blended families are involved. In the short-term, it may have made sense for Don to rely on his spouse to immediately manage Heather's trust on his behalf and continue to act in the best interests of his daughter.

But it's debatable whether that was the best choice for the long term. One key factor to consider was the age difference - 27 years - between the guardian (Susan) and ward (Heather). Heather's trust was established in 1988 when Susan was 46 and Heather was a teenager.

Regular reviews of estate planning documents are recommended to revise strategies as people age and life's circumstances change. Had Don reviewed the terms of his trust decades later as he entered his senior years, he may have considered who would be watching out for Heather during her senior years.

It took litigation, three decades and a judge's gavel for the provisions of Don's trust to be altered so they would continue to fulfill his wishes and honor his legacy.

There are many strategies Don could have employed during his lifetime to minimize future difficulties. Heather has two other siblings close to her age. They could have played a role as part of a long-term plan to care for Heather, for example, as successor guardians. Don's plan to keep Heather's birth mother out of the picture eventually backfired when a judge appointed her and a bank to share trustee duties.

The Meredith case provides yet another example of a plan that goes awry when we don't fully consider who is the best representative for a long horizon of time. The best choice for now may not be the best choice decades from now, especially when special-needs children and blended families are involved.