With estate planning, you can keep the family farm intact

Every farmer should have an estate plan to avoid fragmenting ownership of the family farm upon death. If a farmer lacks a last will and testament, ownership will fragment because of intestacy laws. With estate planning, farmers can keep the farm in the family and avoid future discord.

Let's suppose a farmer named Matt Whatley grows soybeans out in West Texas. Matt has been married to Nelda, who teaches school, for 30 years. The Whatleys were blessed with three children, Jean, George and Tom. They are all adults now. Jean has two kids of her own. Jean and George decided to work outside farming. Jean became an accountant, while George is an auto mechanic. Tom, the youngest, helps his dad work the family farm. Matt inherited the farm from his father. Tom wants to keep the farm in the family and continue to farm it after his father passes away.

When in town, Matt heard some difficult news about another local farmer. The farmer had passed away without a will and had not done any estate planning. As a result, his widow and children were at odds with each over about what should happen to the family farm. When Matt told Nelda about this, they decided to learn more about how to protect their family farm and their family when the time came.

Everyone knows that a will directs who will get your property when you die. The main advantage of a will is that the testator - the person who signs the will - gets to make those decisions. The testator also can make provisions for taking care of any minor children by appointing guardians for them, and more.

Although the Whatleys live in Texas, probate procedure is much the same across the country. In Texas, when the decedent had a will, there is a short court hearing. The probate court usually grants a request for what's called “independent administration” in Texas. Basically, the executor of the estate pays debts and conveys property as directed by the will with no further need for court proceedings.

If a person does not have a will, the person is said to die “intestate.” When that happens, someone has to apply to the probate court to take charge of the estate. They probably will have to post a bond. They normally will be required to file a list of the assets and debts of the estate with the court. A further court hearing will be necessary to finish up administering the estate. There is no opportunity to direct who gets what or who will take care of any minor children. The procedure is more time-consuming and expensive than administering an estate under a will.

In other words, after Nelda died, the family farm would be owned:

And this is just one of the nation's intestacy statutes. It gets to be a mess quickly.

Not only are the intestacy statutes complex, but they can result in fragmentation of ownership of the family farm. In our example above, Matt's death ultimately resulted in either three owners of the family farm, each having a 1/3 share, provided Jean was alive when Matt died; or if Jean died before Matt, then there would be four owners with two different ownership amounts (Jean's kids with 1/6 each, George and Tom with 1/3 each). 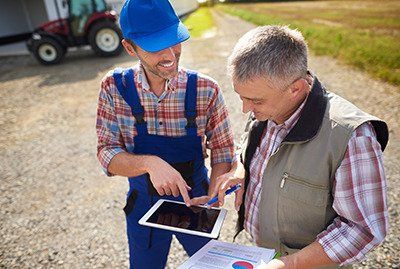 Jean (or her kids) and George might want Tom to buy them out of their shares of the family farm. The adults do not wish to farm because they have other careers; if the kids inherited their mother's share, they would be too young to do anything. To buy them out, Tom most likely would have to borrow money. If he could not borrow the money, or not enough money, there would be tension between himself and the others that could result in the family farm being partitioned in a court proceeding and 2/3 of the shares in the family farm being sold to someone other than Tom. In this way, if a farmer dies without a will, it can often spell the end of the family farm as well as relationships within the family.

Having a will can avoid the fragmentation of the family farm. For example, Matt and Nelda could have left the farm to Tom because they knew he wanted to farm. Or they could have decided to leave the farm only to George and Tom because Jean was making a large salary as an accountant. Alternatively, Matt and Nelda might have bought life insurance that could be used upon their deaths to buy out Jean or her children and George of their shares of the farm. There are many ways to approach keeping the family farm together and avoiding, or at least minimizing, family discord in the process.

Another way to keep the family farm whole and keep it in the family - and its fate out of probate proceedings - is to place the farm into a revocable living trust. This type of trust is designed to hold title to a person's assets. Because the person who forms the trust, the grantor, is also the trustee, there is no loss of control over the property placed into the trust. While the person is alive, the grantor goes about business as normal. The person can also revoke the trust at any time. When the person dies, the assets contained in the trust are not part of the decedent's estate and managed by your designated successor trustee. In other words, trust assets are not subject to court-approved distribution but only by the terms of the trust.

Matt and Nelda could each make wills by which they left their shares of stock to the survivor of the two of them, and the second to die could leave the stock to the children 1/3 apiece. Tom could be an employee of the family farm and continue in that role after Matt and Nelda died. Through the corporation, and in the form of dividends, Tom could share the farm's profits with his siblings. The shareholders could have an agreement among themselves that they would have the right of first refusal if any of the other stockholders wanted to sell their shares in the farm.

The best known example of this technique in Texas is the King Ranch, which at 825,000 acres is larger than the state of Rhode Island. The King Ranch has not fragmented because it incorporated in 1914. It is intact, and it now has several hundred family members as shareholders.

You can talk with your accountant or lawyer about all sorts of ways to pass your property the way you want to, keep the family farm intact and reduce the likelihood of disharmony within the family when you die. We have touched on only a few of the many ideas. But the first one, and the most important, is to get a will. Otherwise, the state will distribute your property for you. You probably wouldn't like that.