Under the federal tax code, individuals as of 2022 can leave up to $12.06 million to their heirs with no chance of triggering an estate tax. For some, the immense weight of the 40% percent estate tax leaves them scrambling to devise measures to avoid it, and understandably so. However, this group constitutes a rather miniscule portion of the American tax base; roughly 99.8% of estates do not ever pay estate tax, according to the Joint Committee on Taxation. Shockingly, the Joint Committee reports, only two out of every 1,000 people who die will ever be subject to it.

Married couples are even more secure from the tax. It is undoubtedly an oversimplification, but generally, a married couple, utilizing what is referred to as the martial deduction, can double the threshold, securing themselves from the estate tax for assets valued up to $24.12 million.

Undoubtedly, the estate tax affects a very small sliver of the population. As mentioned, and as of the beginning of 2022, any individual can leave to their heirs up to $12.06 million worth of cash and assets without incurring the estate tax. This threshold is commonly referred to as the estate tax exemption. What this means is that all of a person's assets are valuated and added up to determine whether the threshold has been reached. The IRS will include anything from bank accounts, vehicles and jewelry to the value of a person's business or real property. If the threshold is exceeded, your estate is hit with a massive tax on value dollars above those limits.

These harsh tax rates drive many people to get extremely creative to avoid them. Many of the individuals with estates that would (at least on paper) trigger the estate tax employ complicated estate planning strategies to avoid the tax burden, such as trusts for instance. Though they can be expensive to create and maintain, trusts can be potent tools to soften up the damage that the estate tax can impose. Others might strategically gift their property during their lifetimes to charities or other benefactors, family and friends or political organizations.

To the average person, the world of complicated estate planning and the estate tax can seem profoundly abstract. Indeed, it takes a good deal of financial and legal education to become proficient due to the mind-boggling complexities of the U.S. Tax Code. You may be thinking: So what? The average person doesn't need to understand such things, because so few of us will ever reach the estate tax threshold. Let the extremely rich and wealthy worry about that, right?

Not so fast. The Tax Cuts and Jobs Act, which first increased the exclusion amount from $5 million to $10 million, contains a “sunset provision,” which, is set to effectively cut that amount in half by operation of law. Unless changed through the legislative process, this provision is set to go into effect in January 2026. As you can see, the wheels are already set in motion. No doubt, this sunset provision will, in time, begin to cast its shadow over a considerably larger percent of the U.S. population. Without intervening legislation, complicated estate planning may begin to be more and more commonplace amongst the American populace.

Notwithstanding the above, very significant changes may very well happen before the Tax Cuts and Jobs Act sunset provision sees the light of day. Proposed legislative changes threaten to accelerate the effect of the Tax Cuts and Jobs Act's sunset provision process rapidly. In an effort to raise revenues as a result of pandemic relief and other tax revenue benefitted projects and services, many Congressional bills related to gift and estate taxes have been introduced already or may be in the pipeline that would change the tax landscape for a large chunk of the population in the short term. Indeed, many proposals seek to reduce the current estate tax exclusion threshold to as low as $3.5 million and may set estate tax rates up to 65%, well before the Tax Cuts and Jobs Act “sunset provision” would come into play.

In order to gain a more complete understanding of the tax landscape and what people who might be subject to the estate tax may do about it, it is important to understand the federal gift tax and its interplay with the estate tax. In 2022, the gift tax exclusion amount on gifts increased from $15,000 to $16,000 per year. What this means is that any individual can give away a lump sum or asset with a fair market value of up to $16,000 annually to any number of other people without incurring a gift tax. Many people mistakenly think that any amount gifted to any individual over the threshold would be subject to a flat rate tax, let's say 50%. But this is not the case. In fact, when an individual makes a gift larger than this exclusion amount in any given tax year, the donor needs to report it on a gift tax return, and the amount over the threshold rate is deducted dollar-for-dollar from that individual's estate tax exemption upon their death.

An example will help to illustrate. First, remember that in the year 2021 the gift tax exclusion amount was $15,000. Your Uncle Barney gifted both of his nieces and nephews $507,500 that year. You receive $507,500 and your sibling receives $507,500. Uncle Barney is surely gratuitous, but not very financially savvy. In fact, he ended up giving away all of his money! Worse still, as the result of all of his selfless gifting, he has zero dollars in assets. It is true that the IRS will require that Barney file a gift tax return for making such generous gifts. However, because the value of his estate assets upon his death would be approximately $0, falling well short of the $11.7 million dollar exemption amount that year, he would never owe the government a penny in estate tax.

Now imagine that Barney spent a pile of coins he found in between his couch cushions playing the lottery and hit the jackpot. He won a whopping $12.06 million in 2022 -- the same amount of the increased exemption limit. Sadly, Uncle Barney's heart could not keep pace with his excitement, and he keeled over and died the same day in 2022. Under normal circumstances, Barney could use the exemption amount to account for every penny up to the $12.06 million in winnings to avoid the tax. However, imagine the IRS finds out that Barney gave you and your sibling gifts of a combined $1,016,000 that year. This will change his tax outlook considerably. Here is how: As we know, the gift tax exclusion amount as of 2022 is $16,000 in gifts to each person per year. Therefore, the first $16,000 of your gift is gift tax free and the first $16,000 of your siblings' gift is gift tax free. That leaves $1 million in gifts over the exclusion amount that are unaccounted for. There will not be a flat tax on this amount. The $1 million will be deducted, dollar-for-dollar from his estate tax exemption, reducing the exemption to $11.06 million. That means that he will pay estate tax on all of his assets over $11.06 million instead of $12.06 million. Uncle Barney could be worse off, but his estate will need to pay estate tax at the rate of 40% on $1 million, or $400,000.

Now that you understand the interplay between the gift tax and the estate tax, you are likely in a better position to understand how gifting under the gift tax exclusion amount may be helpful. However, the changes to the tax code raise many questions about how gifting can be accomplished under the pending changes. 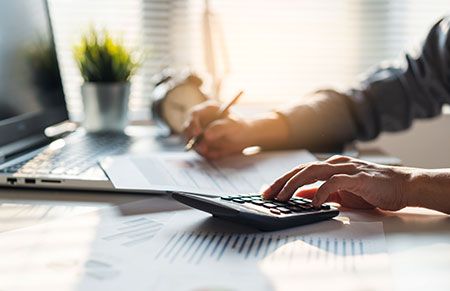 One issue that has arisen is known as clawback, a concept that has spurred debate in the tax community. The fundamental question is: If people use their exclusion amount while they are alive by way of gifting, as Barney had done, before the January of 2026 sunset provision goes into effect, will the IRS seek to assess tax based on the gift tax exclusion at the time of the gift, or at the time of their death, assuming they die after the year 2026?

For example, if Uncle Barney makes a gift of $9 million to you and your sibling in 2020. In February of 2026, after the estate tax exemption is cut in half, and reverts back to $5 million, Uncle Barney, at least theoretically will no longer have a $12.06 million exemption amount but will instead have a $5 million exemption. Will the IRS want the tax on the remaining $4 million? Well, fortunately for Uncle Barney, it does not appear that this will be the case.

Why is this important? Well, individuals or families will very likely be transferring a considerable amount of wealth before the sunset provision dawns. Because clawback is not likely to occur (unless further changes are made to the tax code), people are going to be highly incentivized to take advantage of the $12.06 million exemption before the law goes into effect.

Given the uncertainty of the legislation surrounding the estate tax, devising a strategy to your estate heirs in the best possible tax liability situation will be very difficult.

To start, it is difficult to determine whether your estate will ever be close to the threshold amount to determine if it should be something that you even worry about. If you fall into the category of a more modest estate (comparatively) and happen to fall within in the $3 million to $6 million range, then this is not going to be an easy question.

Another consideration is the timing of gifts, should that be the strategy you embrace. Should you start gifting now, or should you wait a couple of years? It is true that beyond risking an unforeseen change in legislation, the trouble with waiting too long may be that you may run out of time to distribute these gifts. Given the $15,000 gift tax exclusion limit, you might fail to give away enough money in time before the law changes dramatically. On the other hand, Congress may decide to leave the estate tax exemption where it is, and you might have all of the time in the world to determine what your plan is.

It may be difficult for some to determine whether gifting is right for them at all. Gifting does not always jibe with people's personal philosophies. Many others simply do not want to give up control over the assets that they have worked so hard to gain. Some others don't feel that their heirs will spend the money properly – they can't be trusted, for instance.

You may be concerned with the potential for requiring personal care or being admitted into a long-term care facility when you become advanced in age or develop a degenerative condition. If private paying is an option for you, you might want to preserve as many assets as you can to ensure that you are getting the best quality of care.

Lastly, for those who are uncomfortable with outright gifting but want to leave an inheritance for their heirs while avoiding unnecessary estate tax liability, they may be looking to trust instruments to solve their problems. Indeed, as mentioned above, trusts can be an effective vehicle at preserving some level of control over your assets both during your life and following it while at the same time affording your estate some degree of tax benefit. However, much like the tax code's impending changes to the estate and gift tax, you will need to consider potential changes in trust law that may affect the effectiveness of those vehicles to avoid tax or to control your assets long after your death.

As you can see, the intricate web of decision making concerning this type of estate planning can seem crippling. However, the first step to determining what course of action may be right for you is to understand that, though the evolution of the estate tax and estate planning is uncertain, it is good to know your options.