Do you own firearms? You may have some special estate planning challenges

Estates with firearms present unique challenges because guns are one of the most regulated products in the country. In addition to federal laws, every state has its own rules regulating the possession, transfer and storage of firearms. If firearms are a part of your estate, it is critical that you speak to a professional to protect your inheritance. Without proper planning, your beneficiaries, executors and trustees could easily break the law.

Unlike most personal property, there are certain individuals who you cannot leave your firearm to. The Gun Control Act is a federal law that prohibits nine categories of people from possessing guns. This includes any individual who:

In addition to the above, state and local regulations may further restrict which individuals can receive, possess and transfer firearms. You must take precautions to ensure that your beneficiary is not a prohibited person. In case the beneficiary becomes ineligible, you should list alternative beneficiaries. These restrictions also apply to executors and trustees.

The type of firearm you own matters when you are estate planning. There are different regulations and restrictions depending on the classification of the weapon. Major firearm categories include National Firearm Act or Title II weapons, Title I weapons and antique guns. 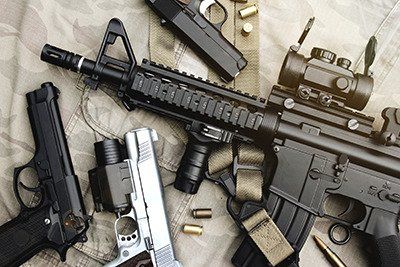 The NFA is a federal law that puts additional restrictions on certain weapons. Firearms that are subject to the NFA include:

NFA firearms must have a serial number and be properly registered with the Bureau of Alcohol, Tobacco, Firearms and Explosives. They can only be possessed by the registered owner, and mere possession of these weapons without the proper registration is a federal crime.

Title I weapons include ordinary rifles, pistols and revolvers. These weapons do not require the same registration and transfer requirements as NFA weapons. However, you must consult with an attorney to ensure that you are following state and local regulations.

Antique firearms are defined as firearms that were manufactured before 1899 or are replicas of them. Additionally, the ammunition for the antique firearm must not be available in the ordinary channels of commercial trade. Like, Title I weapons, they are not subject to the strict NFA requirements.

If you inherit a gun and you do not want to keep it, you have a few options. First, you can sell the firearm to a licensed dealer. However, if you are not concerned about the money, you may be able to surrender the weapon at your local police department. You should consult with an attorney because you do not want to break any laws inadvertently.

Further complications arise when the beneficiary lives in a different state than the deceased. Under federal law, you must complete ATF Form 5320.20 when transporting NFA firearms. In addition to federal law, each state has its own gun laws that must be reviewed. Many states require a criminal history check, permits and notifications when a gun is transferred across state lines.

Because of the complicated gun laws, a popular vehicle for passing firearms to the next generation is a gun trust. A gun trust is a trust designed to own, possess, manage and dispose of firearms. Generally, it is a revocable trust, meaning that the settlor (creator of the trust) can add, remove or change beneficiaries and trustees. 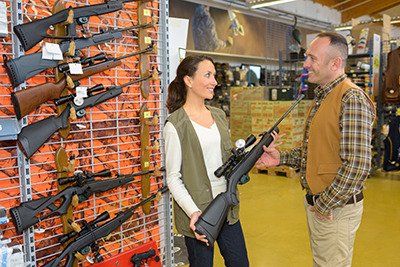 A separate gun trust is never needed, but there are many benefits, especially to owners of NFA weapons. Some reasons to consider creating a gun trust include:

There are serious consequences of failing to plan properly for the distribution of your firearms. Not only could your guns be deemed contraband and seized by the government, but you could put your executor, trustees and beneficiaries at risk of criminal prosecution. They could inadvertently commit a felony resulting in jail time and fines. Ignorance of the law is not a defense, and gun laws are strictly enforced.