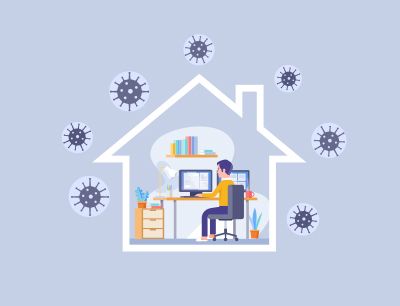 Protect your assets and guard against unexpected claims against your estate

Multiple television outlets, including PBS and TLC, have shows that chronicle celebrities and other well-known people who seek to discover their personal ancestral roots. Genealogy research, especially when going further back in time, can reveal some shocking stories. Research from the 18th and earlier parts of the 19th century revealed some colorful stories, including that some men led double lives complete with two wives and two families (each in different states.)

In the 20th century, as things changed, the possibility for, and frequency of, those situations declined. Many families really did look like “Ozzie and Harriet” or “Leave It to Beaver.” But today, families' stories and relationships are becoming more diverse. With that increased diversity, there can be the possibility of more issues and complications when it comes to estate planning.

Did you know that in some states (like Minnesota), a half-sibling is legally entitled to inherit in intestacy just as much as a full sibling? That is one reason why many people sought to prove that they were the children of a jazz musician named John Rogers. If the Minnesota courts had found them to be the children of John Nelson, then they would be the half-brothers and sisters of rock'n'roll superstar Prince and, because Prince left behind no will or living trust, they'd be entitled to receive as big a share of his estate as Prince's only full sibling, his sister Tyka.

In other states, like Florida, the law of intestacy expressly says that your half-siblings are entitled to exactly one-half of what a full sibling would receive.

Just like in Prince's case, leaving your legacy up to the rules of intestacy means leaving your legacy up to these types of statutory one-size-fits-most rules. There are many things that can go wrong. For one thing, a portion (or all) of your wealth could end up going to someone you barely knew, or didn't know at all, if that person is able to file a claim and persuade the court that they are the legal child of your father or your mother. While a lot of us might imagine that our families' relationships resemble the Cleavers, sometimes the truth is that things happen and secrets are kept, especially within families. And sometimes those secrets don't even come out until after you're gone, and they can have a dramatic impact on the distribution of your assets.

For another thing, these rules do nothing to reflect your personal input or your personal life experiences. Say, for example, you come from a large family with full siblings and half-siblings. If you're the last of the first “set” of kids, or the first of the second “set” of children, it is entirely possible that you could be closer (both emotionally and in terms of age) to some of your half-siblings than you are to some of your full siblings. Under intestacy, if you live in state with laws like Florida's, each of your full siblings will get exactly double what each of your half-siblings get, regardless of the realities of your individual family.

With an estate plan including a will or a will and living trust, you can take control and you can customize the distribution of your wealth to match your preferences and desires. You can specify exactly who you want to receive your wealth and explicitly leave anyone who you didn't list in your plan (including any and all long-lost half-siblings) exactly nothing. You have the power over your legacy.