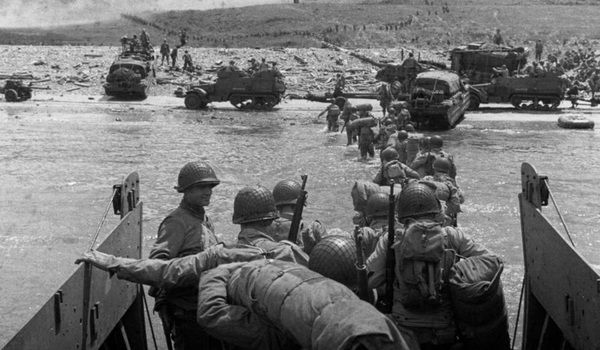 Loved ones of veterans can navigate archives to discover their contributions

For a variety of reasons, family members often are left to wonder about the military service of their loved ones. In many cases, stories and recollections about the contributions of these admired veterans go untold. For family members deprived of information, the use of online resources, combined with some money and time, can help them gain a better understanding of their service and duty to country.

Every year when November comes and Veterans Day approaches, I wonder about the service of my Uncle Bud, a World War II veteran who died in 2004.

This year marks the centennial of Armistice Day, now known as Veterans Day, created in the aftermath of World War I to honor the nation's service members. Uncle Bud was born a few months after that inaugural day of remembrance a century ago.

My imagination relies on bits of family lore to engineer an image of Cpl. Martin “Bud” O'Brien in France during World War II. I have no knowledge of his promotions, commendations, combat experience or much else about his time in Europe. Uncle Bud, a reserved gentleman with Irish roots and Chicago smarts, was always up for a joke, but never a war story.

In the months before Pearl Harbor, he was drafted into the Army. He trained at Fort Sill in Oklahoma and shipped out overseas. He served as a company clerk. I don't know much else about his role as one of the 16 million Americans to serve in World War II.

Even though he didn't talk about his wartime experience, I'm still curious about the details of his service and specific contributions.

A wide array of factors, ranging from modesty to shell shock to PTSD, can lead to reticence among veterans, and the influence of those factors is as unique as each veteran, experts say. 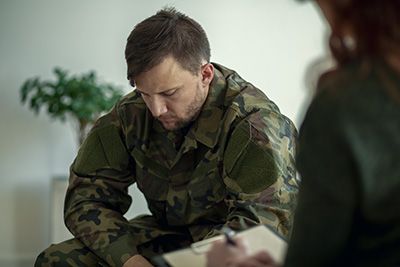 “Each veteran has a different reason,” says veteran, author and Huffpost.com contributor Rev. David W. Peters, discussing why some of his fellow veterans avoid discussing their military service, especially when it involves combat, with family members.

“Many times, we feel the story would be too much for their loved ones to hear. Stories of blood and death are kept secret for this reason,” explains the Rev. Peters, who served as an enlisted Marine and Army chaplain and deployed to Iraq in 2005. “Death and destruction creep into the edges of every war story, and the teller can never be sure if he will be able to handle the surge of rage or the tears that follow close behind. … But there are deeper reasons veterans don't talk about it. We know any story we tell cannot capture what really happened over there, and what really happened inside of us.”

Sometimes, the grueling mental and physical stress of war is to blame for faulty memories and a lack of communication, suggests author John Steinbeck in his famous essay, “Why Soldiers Won't Talk.”

“It slips away so fast. Unless you made notes on the spot you could not remember how you felt or the way things looked. Men in prolonged battle are not normal men. And when afterward they seem to be reticent perhaps they don't remember very well,” writes Steinbeck, citing his observations while working as a correspondent during World War II.

If you lack an oral or written history, official documents and family lore to draw upon, you might want to stitch together the veteran's military history yourself.

Much of the research can be accomplished online. As part of the process, family members and loved ones will need to invest varying amounts of time and money in their quest to shine light on a veteran's service. Professional research services also are available.

The digital age has simplified locating records for those who've served after the mid-1960s and beyond, but the 1973 National Archives fire destroyed tens of millions of older U.S. military personnel files stored in St. Louis, and some details have been lost forever.

The fire wiped out paper records belonging to 80 percent of soldiers discharged between Nov. 1, 1912, and Jan. 1, 1960, the Military Times reports. Also, destroyed were the files on 75 percent of airmen discharged prior to Jan. 1, 1964, whose names came after James E. Hubbard in the alphabet. Salvage and restoration efforts following the fire continue today, and records in personnel files have been reconstructed and gathered from other agencies.

“While individual records were lost in that fire, the unit records including histories, action and morning reports, and general orders for awards to individuals within that unit are warehoused at the National Archives,” said Military Times Hall of Valor curator Doug Sterner. “The caveat is that there is no index for these records … one must generally know exactly what general orders or report they are looking for or sift through thousands of pages of documents.”

Fortunately, Military Times and the National Personnel Records Center (NPRC) have some suggestions and observations for researching military records. 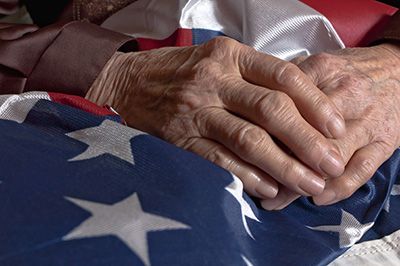 Meanwhile, the National World War II Museum in New Orleans had responded to a growing interest in research by families by creating a research team to assist them. It provides an online guide titled “Research a veteran: How to locate someone who fought in World War II.”

The site contains links to for-hire research experts who will “wade through myriad military and civilian files in order to find the information you want to search for, which isn't easily accessible online.”

There also is an array of military historians who families can hire to provide assistance.

“It's a lot of sons and daughters, wishing they had the conversations that were too painful to have when their fathers were still alive,” William Beigel, an independent historian in Redondo Beach, Calif., told The New York Times. Beigel said he gets up to two dozen requests daily.

Even if you're able to track down military records for free or little expense, professional help often is needed to decipher them due to military jargon and those endless abbreviations.

“Their services come at a cost. Simply having a researcher pull and scan a service member's file from the National Archives costs about $100. Combing other records to flesh out a narrative can run to many times that. For $2,500, the museum team will assemble a bound biography of a service member that includes historical context along with whatever photos and records are in the archives,” the Times reports.

Memories are a key part of the legacies our loved ones leave behind, and those memories often are based on a few, fleeting conversations and mentions over the decades.

So, despite the time, dollar signs and potential frustrations along the way, many family members may find that it's worth the investment to understand the contributions of veterans just like my Uncle Bud.