It's certainly possible to leave inheritances outside of probate. Three ways to do it are by gifts, by POD or TOD accounts, or by using trusts. Let's discuss the pros and cons of each approach and point out that they are not mutually exclusive.

When a person dies, the person's assets are subject to probate proceedings. What this means is that if the person had a will, the probate court appoints a personal representative, also known as an executor. The executor's job is to marshal the assets of the estate and distribute them according to the instructions for inheritances contained in the decedent's will. If there is no will, the court appoints an administrator instead. The administrator has the same duties as the executor except that the administrator must disburse the decedent's property according to state law in the absence of a will.

There are several ways for a person to control distribution of assets so that probate proceedings are minimized. A person can avoid substantial expenses and possibly inheritance taxes as well. The methods for distribution outside probate include gifts, accounts that are automatically transferred upon death and the use of trusts. In this article, we contrast these techniques and point out their pros and cons.

Let's take a closer look at gifts. In 2020, the ceiling for a gift without incurring gift tax is $15,000. If you go over that amount on gifts in lieu of inheritances, the gift tax rate can be anywhere from 18% of the excess to 40%, so you really don't want to go over. But some things don't count as gifts:

As you can see, there's a fair amount of latitude should you decide to make gifts to keep those inheritances out of the probate court.

The law permits a person to set up an account that is payable or transferable upon the person's death to any other person or persons named in the account. These substitutes for inheritances are generally of two types:

A third way of transferring assets outside of probate is to transfer the assets into a trust while the decedent is still alive. This type of trust is called an "inter-vivos" trust. The person who transfers assets to the trust is called the "donor." The trust provides that upon the donor's death, the trustee must distribute the assets in the trust according to the provisions of the trust, much like inheritances under a will. Under the law, once a person transfers assets into the trust, the person no longer owns them. The trustee holds the legal title to the assets while the beneficiaries own an equitable right to them. 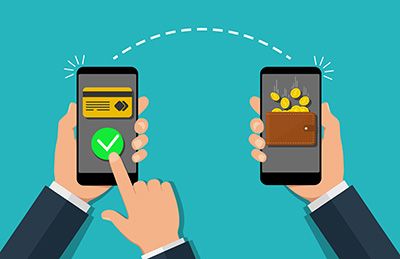 Given that we want to pass on an inheritance without probate, we have identified three techniques. They are making gifts during the person's lifetime, setting up PoD or ToD accounts or placing assets in trust. Which is the best technique? There is no single answer, so let's consider an example to illuminate things.

Lucy and John Rhodes were married a long time. They had a son, Caleb, and two daughters, Anaya and Leigh. Caleb is single but unfortunately has had substance abuse issues. Anaya is married and has children. It appears her marriage is about to end in divorce. Leigh is doing well, working as an attorney. She is afraid that a disgruntled client is about to sue the firm. John has passed away, leaving everything he owned to Lucy. How can Lucy pass on her property to the children without causing problems or jeopardizing the inheritances?

Caleb's situation is most clear. Lucy certainly doesn't want to gift him money which he would likely use to buy drugs or alcohol. Likewise, she does not want to name him in a PoD or ToD account because she might die when Caleb is still abusing. The best solution for Caleb is to leave him money in a trust with no automatic distribution of money except for payment for his needs as a tough-minded trustee sees fit. That way, Lucy can take care of Caleb without giving him an opportunity to hurt himself further.

A similar solution might apply to Anaya. Under the laws of some states, money received by Anaya from her parent as a gift could be considered part of the marital estate. A court might award part of that money to Anaya's husband on divorce. But Lucy might well make gifts to Anaya to use to pay attorney's fees in the divorce or medical care for her and the children. Perhaps the best solution would be to place Anaya's inheritance in trust, with the trustee not to distribute any assets to her (absent an emergency) until after the divorce proceedings have ended.

With Leigh, Lucy might consider gifts. Leigh could invest that money in assets that a judgment creditor could not reach in case the lawsuit succeeded, such as a house that would be her homestead. Lucy also could set up a trust for Leigh.

We can see that although it is the simplest technique, the creation of a PoD or ToD account is often not the best idea because there is no telling when the child would receive the assets. That would be entirely dependent upon when Lucy died.

Gifts are a better idea because Lucy can make them - or not make them - any time she wants. They can also be used to defray medical expenses.

The trust is the best overall method for customizing what each child gets and under what circumstances. But the trust will be a more expensive alternative than the other two options because a lawyer will have to prepare one.

Perhaps the best takeaway is that a person can mix and match these techniques, using one, two or all three of them for the same beneficiaries. A thoughtful estate plan, avoiding probate, warrants careful consideration of all three.