Should you embrace the concept of electronic wills?

Electronic wills have been authorized in four states. Others are postured to follow. But the advantages and disadvantages are still being debated. Will other states follow suit just because they can, or because they should? With adequate safeguards in place to address traditional concerns, the Uniform Electronic Wills Act is simply another resource for escaping what law professor and drafter of the Uniform Electronic Wills Act, John Langbein, calls the "harsh and relentless formalism" of the law of wills. Ultimately, it will be your choice whether to use it.

There is no debating it any longer: Electronic wills are here — at least in Nevada, Indiana, Arizona and Florida and Maryland. As for the rest of the states, the debate continues over the propriety of adopting legislation that will allow for people to electronically create, execute and store their wills, without even the hint of paper and pen or the physical presence of witnesses.

Is the world of probate and estate planning ready for such a sudden and drastic break from the traditional formalities for executing wills? Is the concept of electronic wills really that novel or drastic? 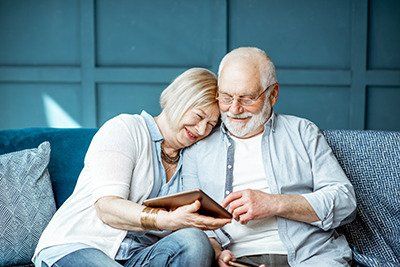 This article will discuss both sides of the coin. Many argue that the use of electronic wills is not quite as arbitrary as a coin flip, because there can be significant differences that could affect your ultimate estate plan. If nothing else, the differences could invite problems that centuries of formal requirements have tried to avoid, namely fraud and undue influence perpetrated upon a vulnerable testator. Others claim that the benefits of using electronic wills far outweigh the novelty of the concept or any concerns about its fair and reliable use.

So, who is right? And after centuries of rigidly enforcing what sometimes seem to be pointless formalities for executing wills, how did we get to a juncture at which scholars are debating the adoption of something thought to be as novel and reformative as the Uniform Electronic Wills Act?

The Uniform Electronic Wills Act, also known as the "E-Wills Act," is a model statute proposed by a commission of the most astute and insightful legal scholars in the area of wills and estates (the Uniform Law Commission, or ULC) who believe that the Act is the most practicable approach for states to adopt on the issue of the valid execution of wills.

For centuries, legal scholars adhered to very strict requirements for the execution of wills, mainly to avoid any likelihood for fraud, undue influence or other bad acts perpetrated upon the maker of a will (the "testator") that would draw into question the testator's true intent for the distribution of their property upon death. Specifically, the aspects of a will that bore the brunt of the requirements were:

All of these, however, were directed at determining the true intent of the testator and, since 1677, with the enactment of the Statute of Frauds, these formalities have been considered indispensable.

Now, the Uniform Electronic Wills Act purports to "modernize" the law by allowing testators to deviate from the strict traditional requirements for a writing, an authentic signature and the physical presence of witnesses, by allowing a testator to legally validate a will electronically — and perhaps even without the advice of counsel. For many, the Act represents a sudden and drastic departure from tradition and the necessity of formality.

In fact, in 1999, the same ULC endorsed another statute — the Uniform Electronic Transaction Act (UETA) — which authorized the use of electronic media to validate legally binding instruments, which now includes:

However, the UETA, which has been adopted in almost every state, expressly excludes wills from the electronically recorded instruments that are deemed acceptable under the Act. But now, suddenly, electronic wills are acceptable? What has changed?

The ULC and proponents of the E-Wills Act contend that nothing has really changed. Rather, the Act is just another opportunity for states to adopt more flexible rules to allow testators to execute a will when they may not have otherwise done so because of outdated obstacles that accompany the traditional will, such as:

With respect to the concerns of bad acts and the vulnerability of testators who, perhaps, are not as technologically savvy as the modern millennial, there are safeguards and restrictions in place. Additionally, the Act provides states the option of adopting or rejecting specific provisions or applications, such as the requirement for the physical presence of witnesses. The Uniform Act allows for remote access by witnesses and Florida — the most recent state to adopt the Electronic Wills Act — chose to allow for such access. But states have the option to adapt the requirements to their own policies and preferences.

As the ULC suggests, the new Act "simply modernizes and adapts existing Wills Act requirements, without prescribing the use of specific technologies." It still recognizes and requires the traditional concepts. For example, the new Act:

Thus, the Act more or less accommodates the traditional rules by providing them a new medium that translates to a younger, "digitized" audience. In doing so, the hope is that creating a last will and testament will is easier, more accessible and less daunting for the modern testator.

Of course traditional practitioners have some reservations about what they may perceive as straying too far from necessary traditions. For example: 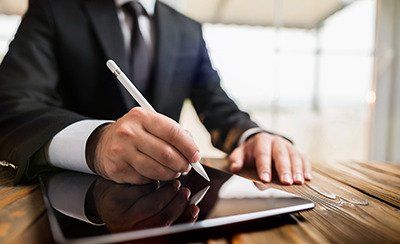 Although the idea of electronic wills seems like a legal version of a science fiction plot, the concerns about its adoption are really "much ado about nothing." Well, maybe not "nothing," as the codification of electronic wills is a concept novel to all but four jurisdictions. However, notwithstanding that the leading wills and estate scholars embrace the philosophy of "in with the new," there is no requirement that we go "out with old." This is true for individual states and individual testators. States are not required to adopt the Uniform Electronic Wills Act and even if they do, testators are not restricted to using it. The traditional but increasingly flexible formalities of will execution still have their place. The Uniform Electronic Wills Act is simply making room for more options from which you may choose.