Alfred Nobel's handwritten last will and testament is dated Nov. 27, 1895. Photo courtesy of Prolineserver via commons.wikimedia.org.

Laws vary in the United States concerning the validity of handwritten, or holographic, wills. In some states, one's last wishes can be scrawled on a piece of paper and accepted as valid in probate court. In other jurisdictions, holographic wills will be rejected, and a state's intestacy laws will determine the distribution of one's assets. Experts agree the best advice is to utilize an attorney to assist in the process of creating a well-planned and valid will. 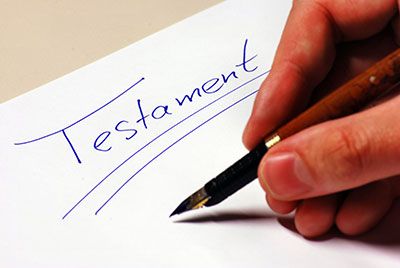 Seventy years ago, Canadian farmer Cecil George Harris was trapped under his tractor and used a pocket knife to etch his final wishes into one of the implement's fenders.

Harris' immortal words - "In case I die in this mess, I leave all to the wife. Cecil Geo Harris" - have been carved into legal textbooks ever since his accidental death in 1948. The famous fender was accepted as a valid last will and testament by the probate court and survives in a display at the University of Saskatchewan College of Law.

Before the advent of the typewriter and computer age, the standard practice to record one's legacy was to dip a quill into an inkwell and compose your final wishes on parchment. Back then, a handwritten, or "holographic," will was the norm.

Today, using pen and paper makes better sense for a grocery list or a note for the baby sitter. Not all states accept holographic wills, and there are other potential pitfalls in using a handwritten document.

The recognition of a holographic will depends on where you live. Some states no longer recognize holographic wills under any circumstances. In other jurisdictions, you can bequeath your fortune based on decrees scrawled on a cocktail napkin, matchbook cover - or tractor fender if necessary.

In about half of the U.S. states, like Oklahoma, holographic wills are perfectly OK. In some, like Florida, they are forbidden. In others, there are specific exceptions and requirements for holographic wills to be recognized by probate courts. 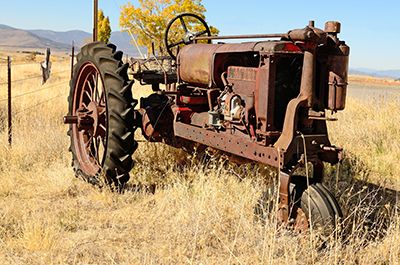 But holographic wills have special requirements that - when not followed - can cause potential problems in probate proceedings. Legal Aid Services of Oklahoma Inc. offers instructions but warns, in all capital letters, that you must follow the 10 detailed rules or a judge may not follow your requests. Among the rules: Every word must be in the testator's own handwriting; sign your name at the very end with the date above the signature; do not have any witnesses sign the document; and do not notarize it. "Papers with even one typewritten or computer-printed word are not holographic wills," the information sheet warns.

Nevada loosely regulates holographic wills and has only three requirements: It must be in the testator's own handwriting, dated and signed. Las Vegas-based probate attorney Jonathan Barlow, discussing the topic in a YouTube video, recounted a case in which a man wrote his will - which was admitted in court as valid - on hotel stationery.

"In that he says, 'Dear Susie: I want to make sure that you get everything that I have and that my children and my other relatives get nothing.' Basically: 'I intend to create a will at some point in the future. Love, Bill,'" Barlow explains. "The kicker is the estate was worth over $2 million. The children were cut out of $2 million due to a hotel stationery letter."

States that validate holographic wills require that they be entirely handwritten, and the "material provisions" - which specify the testator's wishes - must be in the author's handwriting.

A will that mixes handwriting and typed copy is a recipe for trouble. In one Arizona case, a partially typed and handwritten document was invalidated. A grandmother's wishes were tossed aside, and her granddaughter did not share in her legacy. The case is a warning to do-it-yourselfers, says Phoenix-based attorney Kent Burke.

Arguments that the document was a valid holographic will were rejected because the material provisions were not handwritten by the testator. Burke says the case was a "perfect example of someone wanting to save money by preparing her own will. By doing so, it created confusion and substantial costly litigation."

There are other potential pitfalls with holographic wills. For one, probate courts need to prove the validity of wills and may require the use of handwriting experts. Legibility and sloppiness are another concern that could lead to legacy-altering misunderstandings, and handwritten wills can leave out important details that an estate planning attorney would include. Also, the will is at risk of rejection if there's evidence the testator was under duress or incompetent when it was written.

When the question about the propriety of creating a holographic will was posed to popular financial writer and TV host Dave Ramsey, his advice was clear. "I would never advise someone to write his own will, unless, of course, he's an attorney in that state," Ramsey writes. "Laws can vary from state to state, and some states may not look upon a document like that as being official under law. ... If you're trying to save money by doing it this way, I would strongly urge you to look at involving a lawyer as an investment."

Sometimes, there's little time to spare in creating a last will and testament - like in the case of the Canadian farmer dying in a field - and a holographic will is necessary. But because a thoughtfully crafted will is the foundation of an estate plan, experts suggest utilizing a lawyer when preparing the document. After all, your legacy is at stake.

There are numerous issues to keep in mind when creating your last will and testament as part of a comprehensive estate plan. One helpful option to consider is a Legacy Assurance Plan membership. Members are educated on a variety of estate planning matters and receive access to numerous resources they can use to achieve legacy-protecting objectives. Membership with Legacy Assurance Plan can help families in making important choices that will improve lives for the next generation and beyond.