LAST WILL AND TESTAMENT
Wills and Moving to Another State

The United States has long been a society in which people relocate for many reasons, including retiring, getting a new job and moving closer to family. After moving to another state, many people wonder if the last will and testament they signed in the prior state is still valid in their new state. Generally, a will that was validly drafted and executed in one state is valid in another state under the "full faith and credit" clause of the U.S. Constitution.

However, the states have very different requirements for a valid will and different approaches to interpreting wills. As a result, a probate judge may decline to admit an out-of-state will to probate or interpret a will differently than it would have been interpreted in the state where it was signed.

If you move from a common law state to a community property state (Louisiana, Arizona, California, Texas, Washington, Idaho, Nevada, New Mexico and Wisconsin, plus Alaska if the couple opts in), it is even more important to have your will revised to meet the legal requirements of your new state. Property ownership and asset distribution for married couples are handled differently in common law and community property states. A will from a common law state is more likely to be challenged or invalidated if you moved to a community property law state because the will's provisions may not match the requirements of that state's law.

Powers of attorney and advance directives are very state-specific documents, so they are unlikely to be effective in other states. For example, many states have standard forms that must be used or have required clauses and other necessary language.

Generally, a will that is validly drafted and signed in one state should be considered valid in other states. However, it is always a best practice to have your estate plan reviewed and updated after every major life event, including moving to a new state. While your existing documents may be "valid" in your new state of residence, they may not be "effective" to fully carry out your wishes. 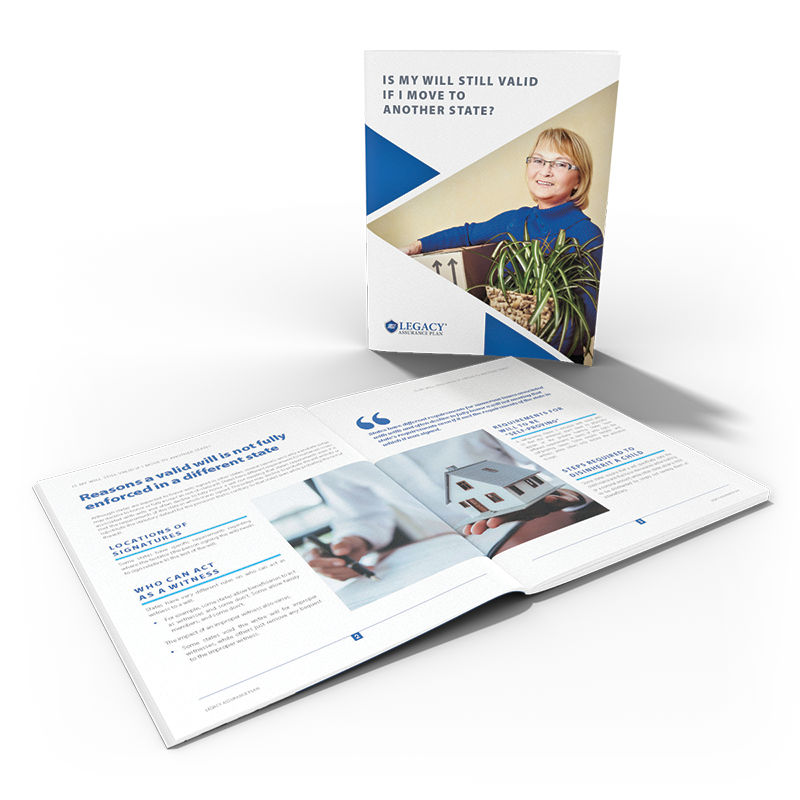