Following the recent deaths of actor Burt Reynolds and rapper Mac Miller, few details have emerged regarding their estates. The wills of both celebrities have been filed in court, but they disclose little more than the names of personal representatives and the fact that both men utilized trusts to hold their assets. Because the news media have been unable to report details about their wealth and who stands to inherit their assets, the privacy they've maintained can be considered an estate planning success story. It's a stark contrast to the situation of the late Aretha Franklin, whose lack of estate planning has left her financial affairs and beneficiaries exposed to public scrutiny.

There's not much mystery surrounding the recent deaths of rapper Mac Miller and actor Burt Reynolds. Miller, 26, died of a suspected drug overdose. Reynolds, 82, succumbed to a heart attack.

Given their fame and the news media's appetite to report as many intimate details about celebrities as possible, it's no surprise that soon after the wills of Miller and Reynolds were filed in court and became public documents, the headlines trumpeted the latest developments.

“Mac Miller left a will behind, but who will his estate go to?” says the banner atop USA Today's story about the filing of Miller's testamentary statement, teasing the reader with the prospect of a looming mystery.

People.com heralded its own devoid-of-details scoop: “Burt Reynolds left his only son out of his will and created a trust for him instead,” the headline reads, hinting at something nefarious. The article then enlightens us that the actor's assets “appear to be in the trust.” Put another way, none of Reynolds' assets “appeared” or were listed in his publicly accessible probate file. The reporter proceeds to speculate the purpose of the trust may be “designed to get around estate taxes.”

In the article about Miller, USA Today reveals his will specifies the name of the executor of his estate and that Miller had established a trust to hold his assets. The article concedes “it is unclear who is labeled as a trustee. It is also unclear how much Miller's estate is worth.” We do learn from Miller's will is that he named a personal representative to manage his estate. Beyond that, the report doesn't provide much clarity about Miller's financial affairs and who stands to get what and when.

Reynolds' will is just as unhelpful to media curiosity. The document is scant on juicy details, but we do learn the “Smokey and the Bandit” star appointed his niece as personal representative for his estate. It also shows that Reynolds followed standard procedure by stating his intentional omission of his son, Quentin, in the will because “I have provided for him during my lifetime in my Declaration of Trust.” The will identifies Quentin as a trust beneficiary, and it's common practice to state that fact in the will so there are no misunderstandings about his status as an heir that could lead to a legal dispute.

Did Reynolds create a trust to avoid estate taxes? Maybe so. But it's just as likely Reynolds wanted to avoid reporters sharing private details about his estate with the rest of the world. Similarly, the report on Miller suggests the popular rapper didn't provide clarity in his will. Indeed, the document doesn't state the value of his estate or include names of the successor trustee appointed to manage his trust.

What does seem quite clear, however, is that both celebrities sought to keep details of their finances and beneficiaries discreet and out of the gossip columns. Even famous entertainers have the right to privacy regarding their financial assets and the identities of the people and organizations who stand to benefit from their wealth and generosity.

Clearly, Miller and Reynolds followed the advice of their lawyers, who know that information in a will about assets left to heirs is a matter of public record. Trusts, however, are not considered part of the probate estate, and their provisions are shielded from public disclosure. 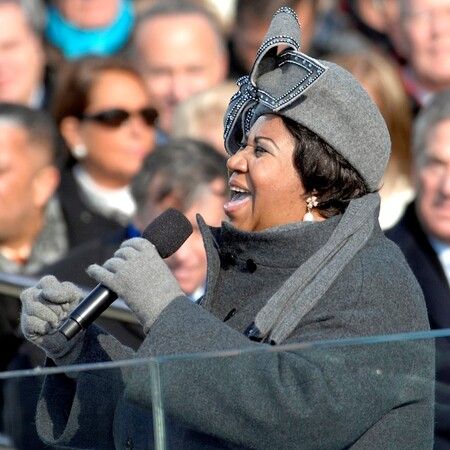 For both celebrities, it seems their estate plans are less of a mystery and more of a mission accomplished. They have in common a successful quest to keep the public guessing. From an estate planning standpoint, their efforts to maintain privacy have prevailed over prying eyes.

For fellow celebrity Aretha Franklin, who died Aug. 16, 2018, privacy was a paramount concern, but her lack of estate planning has backfired.

Franklin was well-known for keeping her personal affairs under wraps during her lifetime. According to media reports, the Queen of Soul kept her pancreatic cancer secret for a decade and never discussed her illness in public. Her biographer told People.com that Franklin was “not atypical in her privacy, she's just extreme.”

Nonetheless, Franklin's attorney told reporters his client rebuffed attempts for her to draft a will and create a trust to shield her assets from probate. Instead, Franklin died intestate (without a will), and the distribution of her estate worth an estimated $80 million and her heirs are being determined based on a generic hierarchy of succession established by state law. Meanwhile, details of her estate and the probate proceedings are forever part of the public record and under a permanent spotlight.

Anyone who values privacy, from regular Joes to movie stars and recording artists, can take action to cloak the details of their estates and maintain the privacy of their beneficiaries. By utilizing estate planning tools, such as revocable living trusts, during your lifetime, you can keep your affairs out of the limelight whether it glares from the national media, nosy neighbors or even greedy predators.