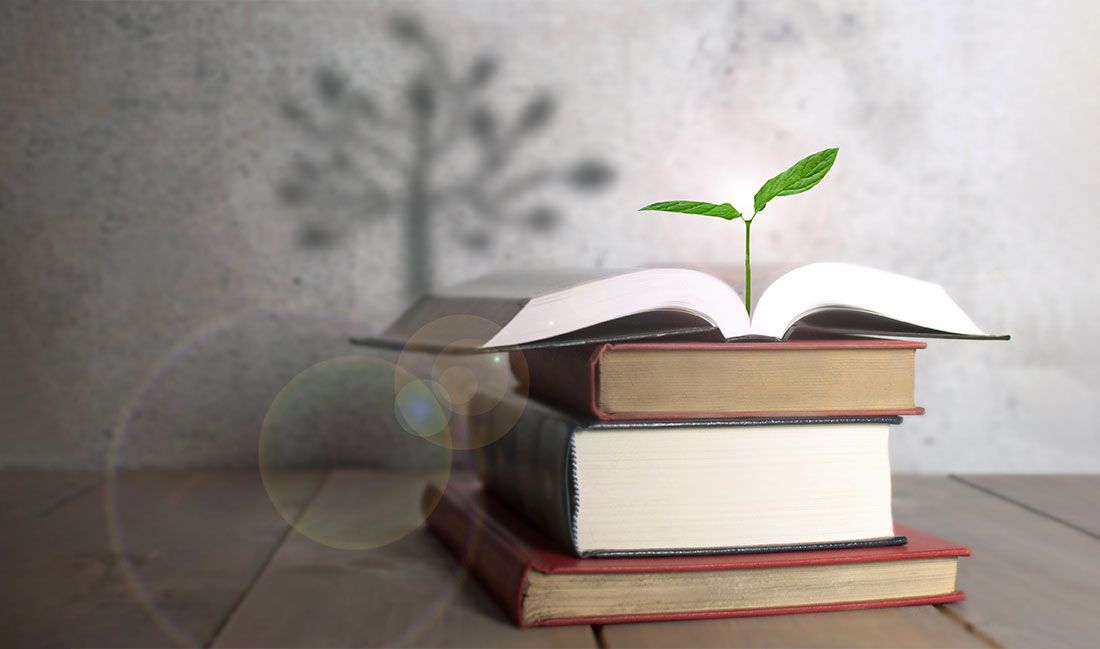 An Alabama couple dedicated their careers to teaching others, but they say the lessons they've learned and plans they've developed as Legacy Assurance Plan members now benefit the oldest and youngest generations of their family.

Before his recent retirement, David K. spent the past four decades in Alabama and Tennessee as a teacher, coach and school administrator overseeing the curriculum and instruction for thousands of students.

His wife, Carolyn, also dedicated her career to sharing knowledge with others, retiring after 27 years as an English and performing arts teacher.

But lately, David and Carolyn say they have utilized the lessons learned as Legacy Plan members to create comprehensive life and estate plans that now protect and benefit four generations of their family.

Life has been hectic over the past year for David, 66, and Carolyn, 67, because of some family challenges. They both have elderly mothers in their 90s. Carolyn's mother recently moved into their home and is under hospice care. Her mother, who had lived alone as a widow for nearly 40 years, suffered a fall, and the resulting injury caused cognitive issues.

Each week, the retired educators travel 90 minutes to the home of David's mom, a proudly independent woman, to visit with her and lend a hand around the house. They also find time to visit with the families of their two adult daughters. 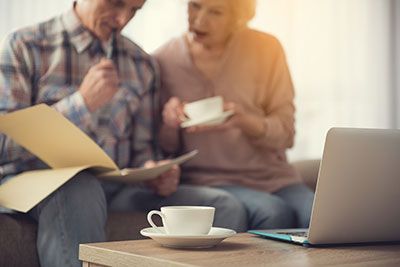 “We stay on the road quite a bit, watching the grandkids play ball and taking care of our mothers. That's kind of the stage we are in right now,” says David, a soft-spoken gentleman who shares his story in a soothing Southern drawl.

Their oldest daughter, 39, a pediatrician, is married to a mechanical engineer, and they have two children. Their youngest daughter, 34, a high school teacher, took the lead of mom and dad. Following tradition, she married someone in the same line of work - an assistant principal - and they also have two youngsters.

With the addition of grandchildren, the issue of aging parents and the desire to leave a lasting legacy, the family dynamics and priorities for David and Carolyn changed. They had come to realize that the wills they executed several years ago were out of date. They also knew they needed to be able to look out for the health and financial interests of their aging parents.

Yet they encountered a common stumbling block.

David says he had done a lot of reading about estate planning and attended retirement seminars over the years, but the task remained daunting.

David's luck changed last year when he learned of Legacy Plan's services after receiving a postcard in the mail. He returned the card to get more information and received a call from a Legacy representative. They scheduled an appointment, and the representative traveled to their home to provide a detailed presentation on a vast array of planning considerations.

“It was an education for me,” David says. “I wasn't aware of all the ins and outs. We had wills done years and years ago, back when our kids were small. I knew enough then that I didn't want something to happen to me and my wife and then not have something spelled out for the kids. Now, my kids are grown and they have kids, and I hadn't had the wills updated, so there were a lot of issues with that.”

Before learning of Legacy Plan, David says he was frustrated trying to figure out where to begin. It's a problem that, studies show, confounds a majority of Americans.

“I was thinking I would have to go to this attorney and get this done, and go back and forth between the lawyers and really didn't know where to start,” David says.

During the presentation, he quickly discovered that a Legacy Plan membership would enable their family to consult with a network attorney and other planning professionals to create a comprehensive life and estate plan.

“I had never seen it all put into one package,” David says. “So, when they came out and explained the program to me, I knew immediately it was something I was interested in. ... At the same time, we were having health issues with my wife's mother.” 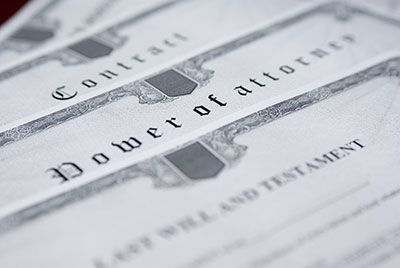 By working with their Legacy Plan network attorney, they were able to deal with an immediate need and formally establish a support team for an elderly parent. David, Carolyn and their physician daughter now work together to make health and financial decisions as her power of attorney.

“We thought now would be a good time to include power of attorney for her,” David says of his mother-in-law. “We were able to get that paperwork done, which has been a godsend for us now because I'm having to do all of her financial stuff, and she's not able to make decisions for herself - for health or finances or really anything right now. We did that just in time, so everything has worked out.”

David and Carolyn also have made arrangements for themselves in the event of their own incapacity as they progress through their golden years.

“Everybody says it's something they need to do, but nobody wants to address the fact that something could happen at any moment - a car wreck, any number of things,” David says. “Or illnesses, when people are perfectly healthy one day, and the next day they are bed-ridden and can't do anything for themselves. So, you need to make decisions while you've got a clear mind and are thinking straight. Because you don't need to wait until you are forced to and have to decide in a day or two.”

In meeting with their Legacy representative, David and Carolyn achieved another key goal, which was protecting their assets and ensuring they will be distributed promptly and with as few hassles and as much privacy as possible when that time comes. Most of their assets have been funded into their revocable living trust, which will ensure they avoid the delays, expense and public disclosure inherent in the probate process.

“I keep receipts and stuff for years and years. I can go back and tell you what my utility bill was 15 years ago. I've always been a facts and figures person,” David says. “But I hadn't dealt with end-of-life things like trusts and wills and payable-on-death documents and matters like that. And it has really come in handy in dealing with issues involving my mother-in-law. It has been helpful and an eye-opener because of all the things that have happened in the last six months to a year.”

David emphasized that his membership, which includes regular reviews of his plan, gives him peace of mind, and he encourages others to consider the services of Legacy Assurance Plan. He has shared his story with friends and former colleagues, and they, too, have become Legacy members with their own comprehensive plans.

“It is something that I share with friends of mine who might want to look at it,” he says. “And it has really made me feel good that I don't have any unfinished business. Everything is spelled out about what's to be done.”

David says he and Carolyn considered all their options before making a final decision on how to proceed. But once they decided on a Legacy membership, they felt a sense of relief.

“The presentation was long, because I had a lot of questions,” David says. “But all the questions were answered to my satisfaction. I don't make quick decisions. Normally, I get information and think about it for a while. It really wasn't a quick decision because I had been thinking about it for a while, but I just hadn't seen a program that put everything together for me. When I saw something that could have it all at one time, it was like I didn't know what I was looking for, but I found it.”

David also says he appreciates the customer service provided by the Legacy team. “I have had a time or two when I've had to call and ask follow-up questions, and they have been very helpful and responsive to me, and I've just been 100 percent satisfied.”

In the meantime, the educational process continues.

“There was a lot I didn't know, so it was enlightening to find out about estate planning, and I'm still learning things,” he says. “And I'm not a person who likes to make decisions without thinking something through.”