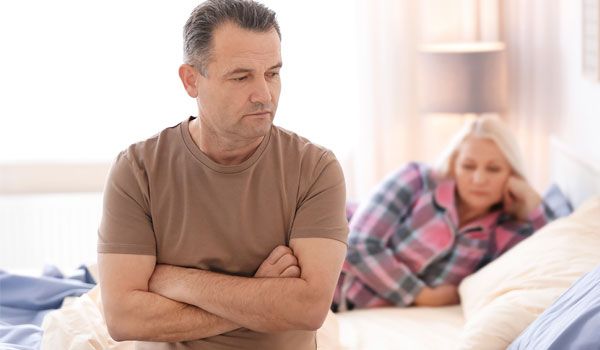 If you have separated from your spouse but have not divorced, this lack of a divorce judgment does not mean that you should not have an estate plan review. The lack of a divorce doesn't mean you can't change your plan; as long as you are mentally competent, you can update your plan. There are, however, certain limitations that the law imposes on the way you construct your plan when it comes to distributing your wealth, but updating your plan right away may still create certain significant advantages.

Before the U.S. Supreme Court ruled that same-sex marriage was legal in all 50 states, same-sex couples launched multiple court challenges to the laws banning the recognition of such marriages. In many cases, the couples challenging these laws in court sought not to marry, but to divorce. They had married in a state (like Massachusetts) where the practice was legal, then moved to a state (like Florida) that did not recognize these unions and therefore could not get a divorce in their new home state. Whether you were in a same-sex marriage that was previously caught up in this legal limbo, or are in a heterosexual marriage that has functionally ended but you have not legally divorced, there are many reasons why couples separate but do not divorce for extended periods of time. If you're in that position, it is important to understand the estate planning impacts of being “married but separated.”

The law in every state requires a spouse to provide for a surviving spouse in his/her estate. Every state has what's called the “spousal share” or “elective share.” Generally, depending on whether you have surviving children, this means that your spouse is entitled to anywhere from one-third to all of your estate. So, even if you create an estate plan, it must comply with these laws. If you create a distribution plan, whether in a will or a living trust, and you try to leave your spouse $100 and a case of domestic beer, your spouse can simply go to court and decline this inheritance and instead “elect” to receive his/her statutory spousal share.

In spite of the existence of these laws, it may still benefit you to review and possibly update your plan after you and your spouse separate, even if you've not divorced. Chances are high that you named your spouse as your agent under your powers of attorney and your advance directive. A review after your separation gives you the chance to check these documents and possibly replace them with new ones naming different agents who would act on your behalf if you were unable to do so for yourself.

Another area where a review can help is if you and your spouse have separated amicably. As mentioned above, couples who are separated (but not divorced) and have ended their relationship may have certain planning needs. On the other hand, couples who have separated and divorced, but maintain an ongoing relationship, may also need to review their plans. A divorce could substantially alter your plan, even if you expressly make no changes and do not desire to make changes. In many states, the issuance of a divorce judgment by a court automatically wipes out any provision in a will that would benefit the now ex-spouse. So, if you created a will that contained a distribution for your spouse, and you still want to leave something to him/her, even after the separation and divorce, you may need to amend your plan to ensure this goal gets accomplished.