Without regular reviews of your estate plan, a paperwork nightmare could ruin your legacy

The experience of a Missouri man who nearly lost his home in a tax sale because of a planning oversight - a failure to review and update documents - provides a valuable lesson. Life events such as a family member with special needs, deaths of loved ones, illness, incapacity, marriage, births and divorce require that you make sure your plans are adjusted accordingly. As life goes on, planning documents - such as your will, trust, beneficiary designations and powers of attorney among them - should be revised as necessary by a qualified attorney. Otherwise, you could wind up like the guy in St. Louis who had to fight to stay in his residence and off the streets.

A "paperwork nightmare" nearly cost a Missouri man his home of more than five decades, according to a TV news report in St. Louis.

It's a dreadful estate planning slip-up that could happen to anyone.

“His story will have you double-checking some important paperwork all of us should be filling out,” says the report that aired Oct. 1, 2018. The story highlights an important lesson about unforeseen life events and how they can lead to devastating estate-planning blunders. 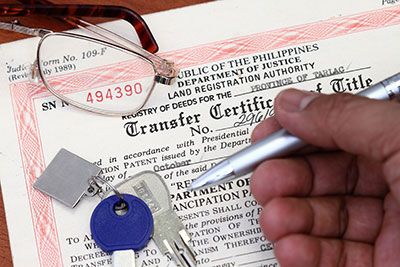 The camera focuses on the original 1963 certificate of title for the property, a modest home in suburban St. Louis. The yellowing document shows the property was clear of liens and encumbrances - other than the $8,000 mortgage at the time - and that no taxes were owed when the title was issued.

Donald Eckhard, 56, has lived in the quaint red-brick home in a quiet neighborhood since he was 2. Donald tells the interviewer he's considered “not of legal mind” because of a brain injury he suffered as a teenager. His status as a special-needs adult, he says, leaves him between “a rock and a hard place” when it comes to managing his own affairs.

Recently, a letter from the collector of revenue arrived in the mail, and its message was serious. It was a stunning notice: The property had been sold because of delinquent taxes, and the purchaser sought possession of the property. Donald owed three years of back taxes and penalties.

When Donald's father died in 1991, his mother, Mary, established a living trust to support Donald financially after her eventual death. Mary, who died about three years ago, had nominated her sister, Donald's Aunt Sarah, as her successor trustee, giving Sarah responsibility to take over management of Donald's financial affairs. One of Aunt Sarah's obligations as successor trustee for her special-needs nephew was to pay his property taxes.

An unexpected life event, however, prevented Aunt Sarah from conducting her fiduciary duties, putting Donald at risk of losing the only home he has ever known. Aunt Sarah developed Alzheimer's disease.

A family friend learned of Donald's plight and reached out to help. Meanwhile, the deadline to pay the back taxes and penalties to redeem the property quickly approached. That's when the friend contacted the TV station for assistance.

Where would he go if he lost his home? “The street I guess,” Donald tells a reporter. Part of the legacy Donald's mother left behind was a home and financial support for her son. Now, her plan and his support were in serious jeopardy.

Even though Donald only collects $490 monthly in disability income, he doesn't lack resources to pay his tax bill. Because Donald requires someone to manage his financial affairs, he was unable to access bank accounts in his name that hold the proceeds of his inheritance. The problem: Aunt Sarah and Donald's mother failed to nominate a successor trustee for Donald, and there was no living person assigned to handle his finances.

Unfortunately, by the time Aunt Sarah became ill with dementia, it was too late for a family discussion and to update the estate plan and transfer her duties. As a result, Donald's trust funds were inaccessible to him - or anyone else - and the taxes went unpaid. Delinquent taxes led to the tax sale, potentially driving a man into homelessness over a paperwork nightmare.

The good news is that the helpful friend contacted a qualified attorney to investigate Donald's situation. The lawyer was able to petition the court to serve as Donald's trustee. The back taxes were paid before the deadline, and Donald was able to remain in his home. It was a close call and a tangible example of why proper planning and reviews are required to avoid a document-driven disaster.

You've made a significant achievement if you have a comprehensive estate plan with a last will and testament, a revocable living trust, powers of attorney for health care and finances, an advance health care directive, appropriate beneficiary designations for financial accounts and insurance policies as well as funding strategies to deal with the possibility of long-term care.

But problems arise when those carefully crafted plans get hidden in a filing cabinet somewhere, out of sight and out of mind, ignored and neglected. Unexpected life events can upend even the best-laid plans that are out-of-date and not revised to keep up with the times. 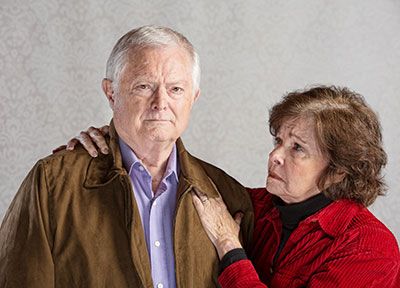 In Donald's case, his mother's estate planning oversight - not planning for incapacity and not naming an alternate successor trustee to handle Donald's affairs - was easily avoidable. Her mistake is an example why it's important to review and update your will, trust, powers of attorney, advance health care directive and beneficiary designations regularly and following major life events. The law requires modifications to your plan be done while you are of sound mind. Before you become seriously ill or incapacitated, you should utilize important estate planning tools that protect your interests, honor your intentions and manage your health care and finances. For example, your trust can be structured so that your successor trustee and your hand-picked agents with powers of attorney can oversee your affairs and meet your obligations to others if you wind up in a situation like Aunt Sarah and Donald.

If there is a new member of the family, the death of a loved one or the acquisition or disposition of a significant asset, it's time to review and amend provisions of your will, trust and other documents as necessary. A new baby means there's a new beneficiary with a new universe of considerations. You may want to establish a trust to address a child's special needs (like Donald's), future education and financial well-being. You can appoint successor trustees and alternates to manage the trust in your absence and clearly state your intentions in the trust document.

Perhaps you've recently discovered a future beneficiary of your trust has gambling issues, a substance abuse problem or just a huge hole in his pocket. You may want to add spendthrift safeguards in the language of your trust document. Maybe potential heirs are being sued or face legal judgments. Their future inheritance could be exposed to a successful claimant unless a trust is properly revised. A blended marriage or complicated divorce among any of your beneficiaries is another reason to review and update your plans.

Paperwork is vitally important. That's especially true for trusts. For a trust to be valid, transferred assets must be fully “funded” into it. The documentation must be in order, reviewed and updated to reflect life's changes. When transferring ownership of an asset into a trust, the complexity of the procedures varies. For example, to merely open a checking account for a trust, banks usually require copies of the trust instructions, the notarized signature page, amendments, a description of trustee powers and the list of beneficiaries. Formalities need to be followed for the host of other assets - savings and retirement accounts, real estate, stocks, bonds and other investments among them.

Fortunately, membership with Legacy Assurance Plan provides valuable resources and guidance to develop comprehensive estate plans that take life's contingencies into consideration and leave a positive impact for generations to come. Periodic reviews are part of the important services Legacy Assurance Plan offers. There are numerous options and scenarios to consider when developing an estate plan that protects your legacy and achieves your objectives, and important decisions should be made with the advice of qualified lawyers and financial experts. Legacy Assurance Plan members also receive peace of mind that a team of trusted, experienced professionals will assist them in developing legal, financial and tax strategies that will meet their needs today and for years to come.